Georgia seeks to end traditional dependence on Russia in favour of closer ties with the West, views regaining control over South Ossetia and another breakaway region, Abkhazia, as a top national priority. 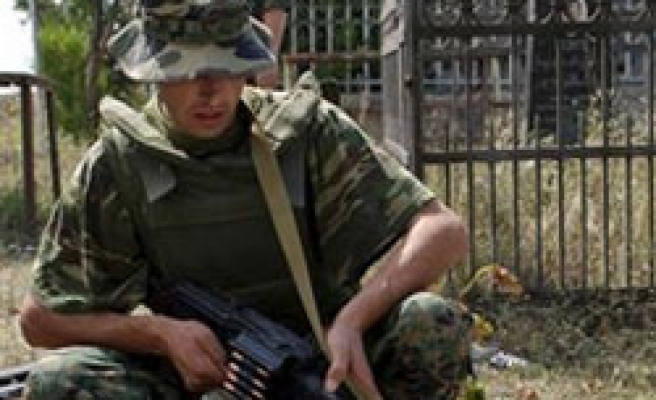 Russia has accused Georgia of using disproportionate force in its breakaway province of South Ossetia and warned it not to aggravate the crisis there, the foreign ministry said on Monday.

Russian Deputy Foreign Minister Grigory Karasin issued the warning in a telephone conversation late on Sunday with his Georgian counterpart Grigol Vashadze, the ministry said in a press release posted on its web site (www.mid.ru). "Moscow is seriously concerned with the escalation of tension in the region caused by disproportionate use of force by the Georgian side," Karasin told Vashadze, according to the press release.

The conversation followed a weekend of fresh clashes in South Ossetia, a mountainous region bordering Russia that broke away from Georgia after 1990s.

At least six people were killed and more than 15 others were injured in a series of shellings of the regional capital Tskhinvali and surrounding villages, which separatist authorities said deliberately targeted civilians.

Separatists accused Georgia of amassing troops in the region and have begun evacuating women and children to neighbouring Russia. Georgia said its forces were only returning fire and denied any military build-up in the area.

"Tbilisi should realise the real threat of the situation developing along a violent path," Karasin said. "It should make effective steps not to allow the further aggravation of the crisis."

Georgia, whose pro-Western government seeks to end traditional dependence on Russia in favour of closer ties with the West, views regaining control over South Ossetia and another breakaway region, Abkhazia, as a top national priority.

Tbilisi has accused Russia, whose peacekeepers have been deployed in both regions since the mid-1990s, of standing behind the separatists. Georgia suspects Russia of seeking to annex South Ossetia and Abkhazia.

Moscow rejects the accusations, but say it has a legitimate right to use any means to "protect compatriots" in both regions, where the majority of non-Georgian residents hold Russian passports.

Last month, Russia enraged Tbilisi by flying military jets over South Ossetia. Russia said it had to resort to the move after receiving information Tbilisi was preparing an all-out attack on separatist-controlled areas.

Karasin's conversation with Vashadze followed two harshly- worded statements by the Russian Foreign ministry issued in the past two days.

On Sunday, more than 500 women and children were evacuated from South Ossetia to the neighbouring Russian province of North Ossetia. Separatist spokeswoman Irina Gagloyeva said another 500-odd people would be evacuated on Monday.