Russia will not allow missile shield to spy: Putin

Elements of the proposed U.S. missile shield to be based in Poland and the Czech Republic will be used to track Russian military activities, Russian PresidentVladimir Putin told Czech President Vaclav Klaus on Friday. 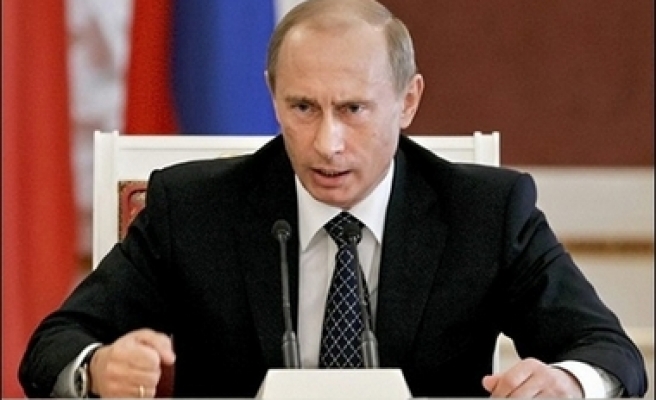 Elements of the proposed U.S. missile shield to be based in Poland and the Czech Republic will be used to track Russian military activities, Russian President Vladimir Putin told Czech President Vaclav Klaus on Friday.

"These systems will monitor Russian territory as far as the Ural Mountains if we don't come out with a response," he told Klaus, who is on a visit to Moscow. "And we will indeed do this. Anyone would."

"We will not get hysterical about this. We will just take appropriate measures," he said, without elaborating what those measures would be.

Russia views the U.S. scheme to base 10 missile interceptors in Poland and radar in the Czech Republic from 2012 as a major threat to its national security. Washington said the system is needed to defend against so-called rogue states.

Moscow's top brass say the Missile Shield does not pose any immediate military threat for Russia. But politicians say the U.S. plan could disrupt the European stability and fuel a new Cold War-style arms race.

Speaking at a news conference with Klaus, Putin compared the missile shield plan with the deployment of U.S. Pershing-2 missiles in Western Europe in the early 1980s, which triggered a bitter diplomatic crisis in the final years of the Cold War.

In a sign of growing tensions, Putin announced in a speech on Thursday that Russia is freezing its commitments under the Conventional Forces in Europe treaty, a deal hammered out at the end of the Cold War to maintain the regional strategic balance.

"For the first time elements of the U.S. strategic nuclear system are appearing on the European continent," Putin said on Friday. "This element dramatically changes the security situation in Europe."

"We do not understand ... what is happening in Europe now that requires such aggressive actions," Putin said. "We see no arguments for deploying the missile shield in Europe." Last Mod: 27 Nisan 2007, 17:25
Add Comment