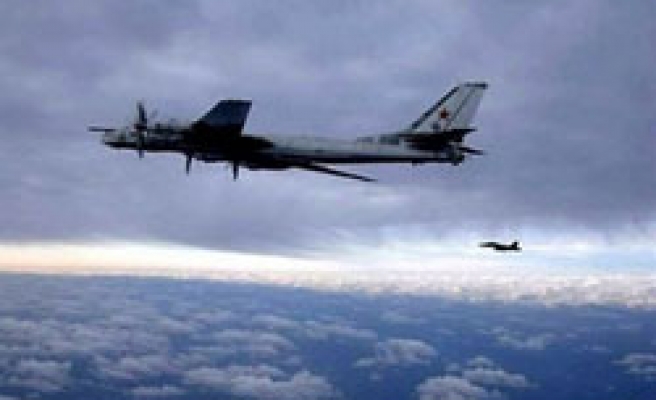 Four Russian "Bear" bombers flew a training mission over the Atlantic Ocean on Friday, part of a series of patrols described by the United States as a Cold War tactic.

Earlier this month the Soviet-designed bombers -- powered by four propeller engines and known as the Bear -- flew over a U.S. aircraft carrier in the Pacific triggering the U.S. to scramble fighter jets.

The Pentagon said the Russian mission had Cold War overtones. The Kremlin has always insisted its missions stay within international laws.

"All the airplanes flew in accordance with international laws over neutral water and did not enter the territory of other states," Russia's defense ministry said in a statement on Friday.

Russia has grown rich from energy and commodity exports under President Vladimir Putin, who has pledged to rearm and motivate the Russian military which suffered chronic underfunding after the collapse of the Soviet Union in 1991.
Last Mod: 01 Mart 2008, 15:11
Add Comment