Given the choice, Russian cosmonauts would likely never come back to Earth. It is the part of their jobs they like the least. "The best, the most beautiful part, is after the start when you look at Earth straight away," Cosmonaut Vladimir Dezhurov told. 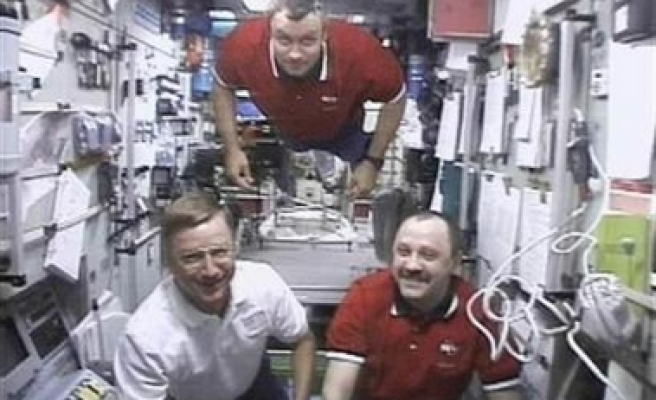 Given the choice, Russian cosmonauts would likely never come back to Earth. It is the part of their jobs they like the least.

"The best, the most beautiful part, is after the start when you look at Earth straight away," Cosmonaut Vladimir Dezhurov told Reuters.

"Earth is like a big, blue balloon and this beautiful balloon is flying, all around it is solid blackness."

Dezhurov has lived in Star City -- a formerly top-secret training base for cosmonauts near Moscow -- for 21 years and has done two four-month stints aboard the
International Space Station, 350 km (217 miles) above Earth.

He can think of no other profession he'd like better, despite the fact that after the launch, and that glimpse of his home planet, "it's all work, work, work up there, night and day."

But his main gripe is not the long hours, or missing his family and friends.

"The hardest thing is coming back to Earth," he said. The problem is not so much the mundanity of earthly existence -- bills to pay, food to buy, chores to complete.

"The muscle fabric degrades very much. It's hard to walk. You have to learn how to walk again, like a small child."

Astronauts train daily aboard the orbiting space station to prevent the atrophy of their legs and feet which are under-used in weightlessness. It takes several weeks under medical supervision to recover from a long stay in space.

Star City is a grey, Soviet-era town of around 5,000. Most of its 1960s buildings need a facelift -- bar some pretty white cottages built by
NASA for its astronauts. Access to the town is highly restricted.

Behind big, empty lobbies decorated with Soviet-style artworks and dark corridors are training rooms and offices packed with old-looking, grubby equipment -- yet they hide some of the world's most complex and reliable electronic systems.

The impression that time has stopped in Star City is not entirely superficial. Dezhurov says cosmonauts have not experienced any drastic changes after the collapse of the Soviet Union in 1991.

"It did not have much of an impact on our work. The financing carried on, maybe it decreased a little, but we always worked," he said.

Russian cosmonauts, who are either military pilots or engineers or doctors by training, also have to prepare for the physical strains of traveling inside a cramped rocket and living in zero gravity.

They experience weightlessness inside special airplanes that fly sharply up and down in a parabola generating a centrifugal pull which is equal to gravity and so cancels it out.

"It is different from any previous experiences a person might have had," the world's fifth space tourist Charles Simonyi wrote in his blog after a parabolic flight exercise in February.

In another drill, a giant centrifuge simulates the gravitational pull on a space traveler during launch and re-entry, about 4Gs, i.e. a cosmonaut feels four times heavier.

Those with a spare $25 million to spend can go through the training and then apply it in practice as a visitor to the space station.

Simonyi, 58, a former Microsoft software executive, returned to Earth safely on April 21 after a two-week trip.

Chris Faranetta, a senior executive at the travel agency that arranged Simonyi's flight, said of sending private visitors closer to the stars: "It's about understanding who we are and where we are from. We are made of star dust, all of us."

But some cosmonauts are in two minds about space tourism.

"On the one hand, when a guy comes along with a big sack of money and flies into space while other Earth dwellers can't do that ... of course, it isn't good," cosmonaut Gennady Padalka said. "But it's good financial support."

Professional astronaut or space tourist, one thing's for sure -- they'll come back down to Earth with a bump.