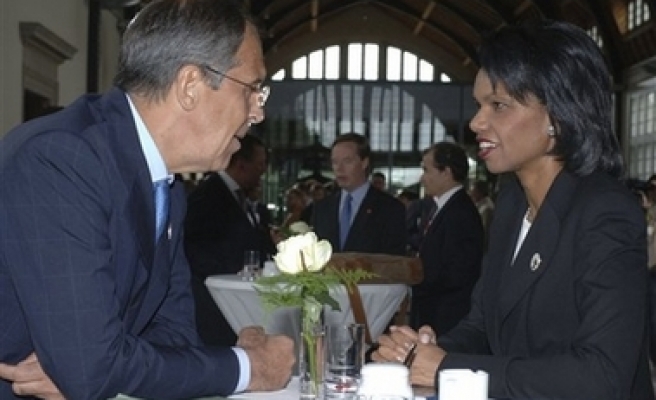 Russian Foreign Minister Sergey Lavrov complained that the U.S. rationale for the shield is thin and suggested that U.S. assurances to Russia amount to a brush-off.

"All they are saying is, 'Don't worry it's not aimed at you," Lavrov said. He called the plan a threat to Russia and added, "the arms race is starting again."

Secretary of State Condoleezza Rice said the United States has explained its plan to Russia in considerable detail, and stands ready to discuss the matter further. She noted that Russia has said its own strategic defenses could easily overpower the U.S. system.

"We quite agree," she said.

Lavrov made a dark joke in response.

"I hope that nobody has to actually prove that Condi is right about that," Lavrov said.

On Tuesday, Russia tested a new multiple-warhead, intercontinental ballistic missile, and Putin warned that the planned U.S. missile shield would turn Europe into a "powder keg."