Russia had reversed decision to stop exporting fruits and vegetables from Turkey in early June. 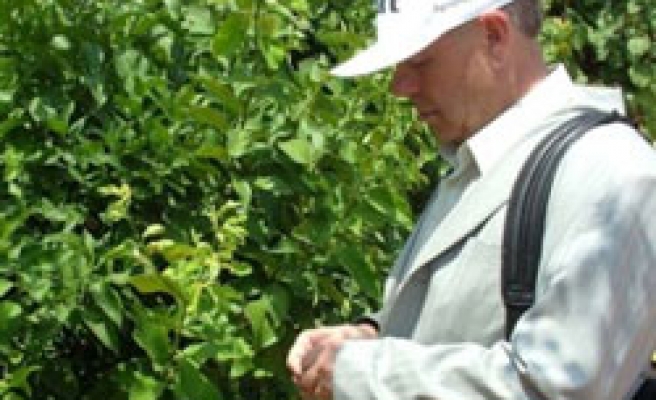 A group of Russian experts arrived in a southern Turkish province on Thursday in order to hold a series of talks following Russia's recent decision to stop exporting fruits and vegetables from Turkey.

The Russian delegation, headed by Aleksey Saurin from the Russian Department of Conservation and Hunting Resources, visited the fruit gardens in Erdemli town of southern province of Mersin on Thursday.

During the visit, Turkish officials briefed the Russian delegation on the production systems currently used in the fields.

Recalling Russia's decision to stop exporting fruits and vegetables from Turkey in early June claiming that there were pesticide traces and contaminants on the products, Saurin said they saw thanks to such visit that a biological examination system was properly implemented in the gardens of Erdemli in order to fight with agricultural pests.

"This development made us happy. We congratulate the producers in Erdemli for using such a system. We have come here to advise the implementation of a biological examination system instead of usage of pesticide while fighting with pests. We do not have any more concerns on whether the exported citrus products have pesticide traces or not," Saurin said.

Saurin also assured Turkish producers that Russia would export 75,000 tons of lemons this year from Erdemli's gardens which implement such biological examination system.