Russia may further increase troop numbers in the Georgian breakaway region of Abkhazia if Tbilisi builds up its forces near the conflict zone, the Russian defence ministry said on Thursday. 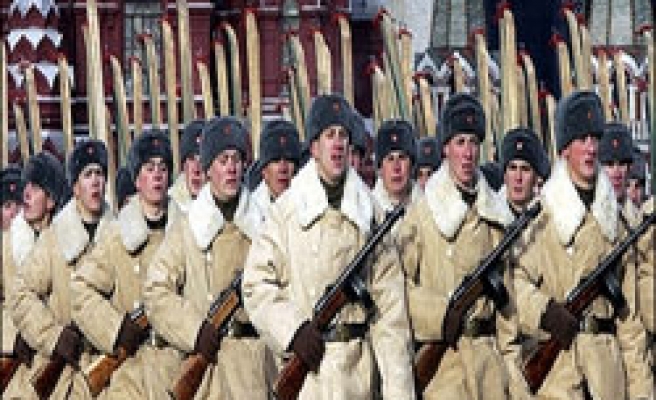 A Georgian government minister said this week Abkhazia was "very close" to war following Russia's announcement it was sending in hundreds of extra peacekeeping troops to counter what it called Tbilisi's plans for an attack.

Georgia's pro-Western government denied any plans to attack and its allies in NATO, the European Union and the United States said Moscow's actions could stoke tension.

The defence ministry said after the reinforcement Russia had 2,542 troops in Abkhazia. The maximum permitted under a 1994 ceasefire agreement is 3,000.

"Further steps by Georgia's security ministries to build up troops in the conflict zone can only lead to ... commensurate action from the Russian side to bring the peacekeeping contingent to the maximum authorised strength," the defence ministry said.

"All this is done for the sake of - preserving peace, preventing bloodshed," the statement said.

Any further escalation in Russian troop numbers is likely to anger Tbilisi, which accuses the Russian peacekeepers of siding with the separatists.

The U.S. weighed in on the side of Georgia on Wednesday.

"Obviously we're very concerned what Russia is doing in Georgia in a series of actions which we have labeled and said are provocative," White House national security adviser Stephen Hadley told reporters during a briefing about U.S. President George W. Bush's forthcoming Middle East trip.

"We think Russia needs to back down from those items," he said. Georgia says Russia is carrying out a creeping annexation of Abkhazia, which is internationally recognised as part of Georgia but has run its own affairs with Moscow's support since a separatist war in the 1990s.

Tensions in the region increased this year after Moscow established closer ties with the separatists and Tbilisi accused a Russian air force MiG-29 fighter jet of shooting down one of its spy drones over Abkhazia. Moscow denied involvement.