A high-ranking Russian admiral paid a visit to the Turkish Naval Forces headquarters on Monday. 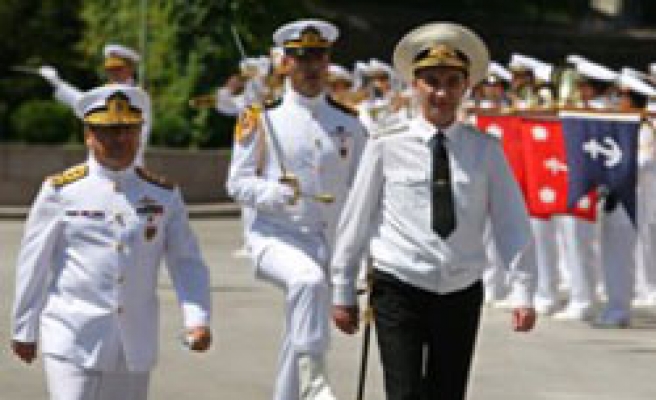 "This is the first abroad visit of Admiral Vysotsky," Atac said during the meeting adding that he hoped he could have fruitful talks with the Russian admiral on regional and world peace.

Admiral Vysotsky said that he wished their talks would be fruitful and help take relations between the naval forces of the two countries to the level of strategic partnership.

In a separate event, high-ranking Turkish and Chilean military commanders met in the Turkish capital of Ankara on Monday.

Gen. Oscar Izurieta Ferrer, the commander-in-chief of the Chilean army, paid a visit to Turkish Chief of General Staff Gen. Yasar Buyukanit at the General Staff headquarters in Ankara.

The Chilean general arrived in Turkey as the guest of Gen. Buyukanit on Saturday.