Capsule landed about 20 minutes past its scheduled time. 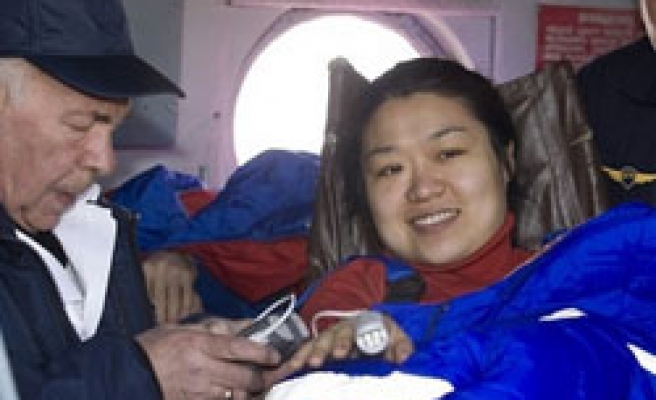 A Russian space capsule landed about 420 km (260 miles) off course in Kazakhstan on Saturday but South Korea's first astronaut and the other two crew were safe.

The Soyuz capsule landed west of the target area and about 20 minutes past the scheduled time after it adopted a so-called "ballistic landing", space officials said. Rescue helicopters rushed to the site.

Russian space officials at mission control in Moscow had waited nervously before confirmation came that all three were safe and their health was satisfactory.

The capsule landed so far off course because of a ballistic landing when the capsule follows a much steeper and shorter trajectory to earth, Anatoly Perminov, head of Russia's Federal Space Agency, told reporters.

A ballistic landing puts much higher gravity loads on the astronauts as the capsule spins towards earth.

"The crew did not report that they had taken the ballistic landing course on re-entry," Perminov told a news conference, adding that the incident will be investigated.

Russian space officials said the capsule landed close to the Kazakh border, just south-east of the Russian city of Orsk.

In October last year, the Soyuz capsule carrying Sheikh Muszaphar Shukor, an orthopaedic surgeon from Kuala Lumpur, touched down about 200 km (125 miles) off course in a similar ballistic landing caused by a cable glitch.

A U.S.-Russian crew lost radio contact on re-entry and landed almost 500 km off target during a Soyuz landing in May 2003. The crew had to wait for over two hours before they were located by rescue groups.

The Soyuz is the world's longest-serving manned space capsule. It was an early version of the craft, the Vostok, that took the world's first cosmonaut into orbit in 1961.