The mission's twin submersibles slipped into the choppy waters just after dawn and descended 1,680 metres (5,510 feet) to the lake's deepest point, setting a world record for freshwater submersion. 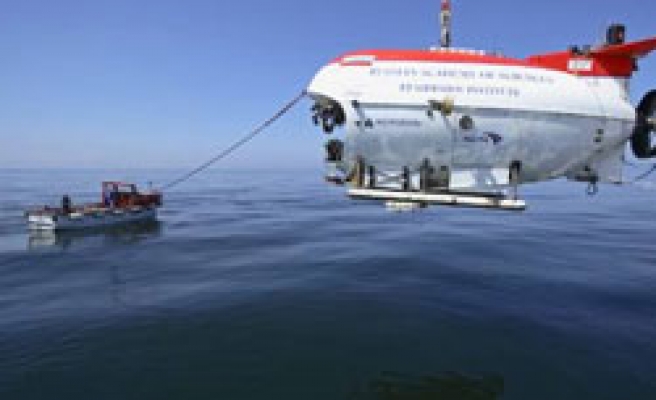 Russian explorers plunged to the bottom of the world's deepest lake on Tuesday in a show of Moscow's resurgent ambitions to set new records in science.

The mission to the depths of Siberia's Lake Baikal is led by Artur Chilingarov, a scientist and Kremlin-backed member of parliament who was part of an earlier mission to the North Pole that sparked criticism in the West.

Tucked away in the remote hills of south-east Siberia where Russia borders China and Mongolia, Lake Baikal, the world's deepest and oldest lake, is home to some of the world's rarest types of fish and other water-life.

The mission's twin submersibles -- used last year to plant a Russian flag on the North Pole seabed -- slipped into the choppy waters just after dawn and descended 1,680 metres (5,510 feet) to the lake's deepest point, setting a world record for freshwater submersion.

Each of the bright-red Mir-1 and Mir-2 craft carried three scientists. Chilingarov was with reporters who watched from a mission-control point on a nearby platform.

Russian officials hailed the five-hour expedition, due to take seabed samples and document Baikal's unique flora and fauna, as a new chapter in Russian science.

"This is a world record," Interfax news agency quoted one of the expedition's organisers as saying.

One of its rarities is the Baikal seal -- a scientific mystery in a lake lying hundreds of kilometres from the closest ocean.

Russia used Chilingarov's mission to the North Pole to stake a symbolic claim to the energy riches of the region believed to hold vast resources of oil and natural gas that are expected to become more accessible as climate change melts the ice cap.

Canada at the time mocked the expedition and accused Moscow of behaving like a 15th-century explorer.