Russians voted for a new president on Sunday in an election expected to deliver victory to Kremlin leader Vladimir Putin's chosen successor. 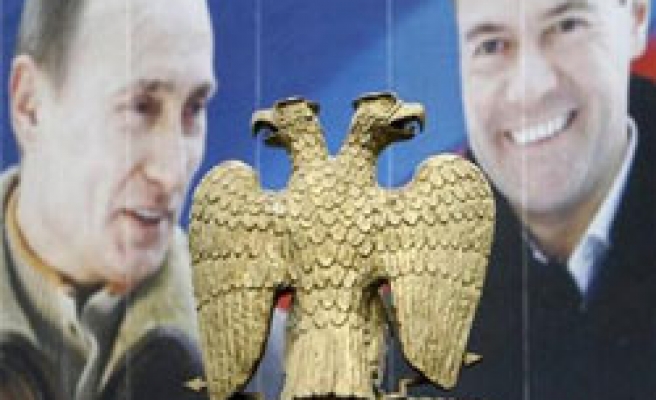 Opinion polls predicted a big win for 42-year-old St Petersburg lawyer and Kremlin official Dmitry Medvedev that should ensure Putin stays on as the power behind the throne.

The focus will be on the turnout because a low one could take the shine off Medvedev's victory and the Kremlin has sought to galvanise voters. Analysts say the Kremlin wants to ensure a turnout of at least 70 percent.

"I voted for Medvedev. I think he's young and clever and will work well in tandem with Putin," said a 70-year-old Moscow resident who would give his name only as Georgy when he cast his ballot in the snowy Russian capital.

Andrei, a 22-year-old student who also declned to give his full name, said: "I voted for Medvedev because I think he's the best candidate but I wish there were more serious candidates in the election."

The Kremlin's opponents say voters have been denied a real choice because the biggest television stations slanted their coverage in Medvedev's favour and election officials barred some opposition challengers from running.

But Russia is enjoying a long economic boom -- fuelled by record prices for oil and gas -- and most people see the double act of Putin and Medvedev as the best hope of prolonging their new-found prosperity.

Exit polls and first results are due after the last of the 96,300 polling stations close in the European enclave of Kaliningrad bordering Poland at 8 p.m. (1800 GMT) on Sunday. Russia has 11 time zones stretching from the Far East.

The last opinion polls to be published said Medvedev would win 70-80 percent of the vote, way ahead of his nearest rival, 63-year-old Communist Gennady Zyuganov, on 10-16 percent.

The surveys suggested turnout would be about 70 percent, though Kremlin critics said it would be inflated by factory managers and state officials who pressure employees to vote.

Most Western monitors were boycotting the election because of a dispute with Russian election officials over the number of observers allowed and the duration of their stay.

Putin, due to step down as president in May because the constitution prevented him from standing for a third term, is by far Russia's most popular politician after presiding over the economic boom and a rapid revival in Russian influence overseas.

His endorsement in December of Medvedev, a colleague for almost 20 years, instantly catapulted the low-profile bureaucrat into the leading position in opinion polls.

But Putin promised to maintain an influential role after the election and later said he would become prime minister under Medvedev -- a highly unusual division of power in a country used to one supreme leader.

It remains unclear exactly how the new arrangement will work once Medvedev is installed in the Kremlin and his former boss and mentor moves to the prime minister's quarters to start a role that on paper is more lowly.

Buoyed by generous amounts of airtime on state broadcasters and given considerable official support by his status as First Deputy Prime Minister, Medvedev scarcely campaigned.

He preferred instead to tour cities in his official capacity inspecting building projects and social programmes.

Medvedev declined to participate in debates with rival candidates.

Zyuganov, like other opposition politicians, complained of unfair media treatment and official harassment of his campaign, a charge echoed by democracy watchdogs.

Independent anti-Kremlin candidates, such as former Prime Minister Mikhail Kasyanov or Soviet dissident Vladimir Bukovsky, were barred by the authorities from running.

Security was tight for the election, with 450,000 police and troops deployed to watch over voting and guard against attacks.

With the election result a foregone conclusion, the main interest has focused on what will happen once Medvedev reaches the Kremlin.

Analysts have little to go on, since Medvedev has given only a couple of major programme speeches during the campaign and limited himself to one interview in a weekly, where he talked mainly about his earlier career and personal life.