A former Rwandan military commander is to go on trial in Brussels for the 1994 murders of Agathe Uwilingiyimana, prime minister at the time, and 10 Belgian UN soldiers who were protecting her. 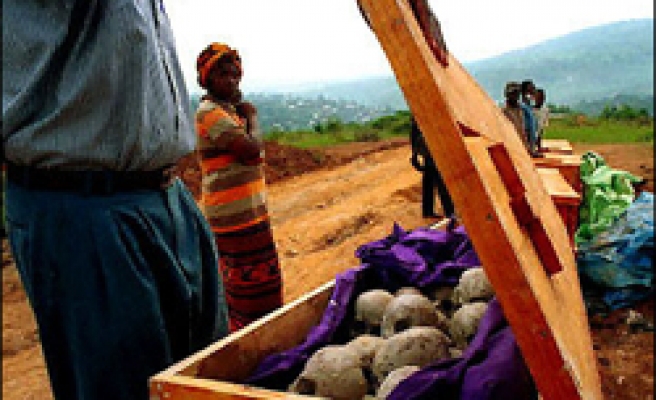 Bernard Ntuyahaga is accused of overseeing the killings hours after Rwanda's Hutu president was killed when his aeroplane was shot down.

Juvenal Habyarimana's assassination sparked the genocide in which about 800,000 people - mainly minority Tutsis and moderate Hutus - were massacred by Hutu extremists in the tiny central African country.

Ntuyahaga's trial is set to start on Thursday.

The UN troops, who had arrived to protect Uwilingiyimana, were taken off to the "Camp Kigali" barracks where they were killed by Rwandan troops.

The killing of the peacekeepers shocked Belgium and the country withdrew its personnel immediately afterwards.

The perpetrators of the attack on the aircraft carrying President Habyarimana have never been identified.

It is the third "Rwandan" trial to be held in Brussels.

In a trial in June 2001, a Belgian court sentenced four Rwandans, including two nuns, to between 12 and 20 years in prison for their roles in the massacres.

In June 2005 a court sentenced two businessmen from northern Rwanda to 10 and 12 years in prison after finding them guilty of war crimes and murder linked to the 1994 genocide.

In the latest case, Belgium's federal prosecutor believes that Ntuyahaga played a role in the dawn killing of Uwilingiyimana, who was preparing to deliver a radio appeal for national unity.

Ntuyahaga also faces charges of killing five of his neighbours and an "unknown number" of other people in Kigali and Butare.
Facing a possible life sentence, the accused denies all the charges.

Meanwhile, Rwanda has filed a complaint with the UN's highest court over a French judge issuing arrest warrants against close associates of Paul Kagame, the current Rwandan president.

Rwanda says the warrants, issued as part of an investigation into the death of Habyarimana, "violate its sovereignty and curtail its capacity to function freely and normally as a sovereign state" and "set a dangerous precedent".

The complaint was filed with the International Court of Justice (ICJ), but is unlikely to come before the UN judges as France does not recognise the competence of the ICJ in this case.

The Kagame government maintains that the accusations are a cover-up to mask France's role in training the Rwandan soldiers who carried out the genocide.