South Africa, the president of the UN Security Council, said it will convene African heads of state on April 17 to discuss support for peace efforts of the African Union. 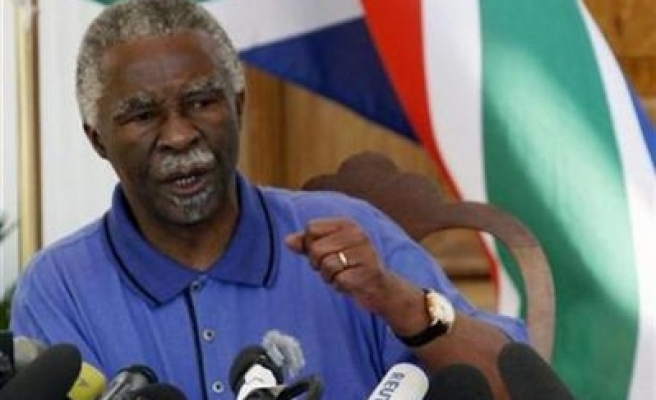 South Africa acted quickly Wednesday after becoming president of the UN Security Council, saying it will convene African heads of state on April 17 to discuss support for peace efforts of the African Union.

Ambassador Dumisani Kumalo, whose country assumed the rotating council presidency in April, said leaders of the other countries on the 15-member council were also being invited.

South African President Thabo Mbeki, who will preside over the council meeting at UN headquarters in New York, has begun sending out invitations to heads of state to take part in the debate aimed at raising resources to assist the AU's programmes in Africa, Kumalo said.

Kumalo told reporters the summit meeting and its agenda were being worked out from Pretoria.

He said the council may want to adopt a resolution "to address the issue of resources for "when the African Union goes out to carry out the programmes of the Security Council, such as in Somalia and in Darfur. That is one concrete thing."

Kumalo said the meeting will also seek to strengthen the working relationship between the UN and the AU.

In a related issue, Britain was drafting a resolution aimed at ending the conflicts in Somalia, which will be presented to the council in April for its adoption.