South America has a right to beef up its armed forces but is not in an arms race, Brazil's defense minister said on Monday, as the region raises military spending on the back of high oil, food and metals prices. 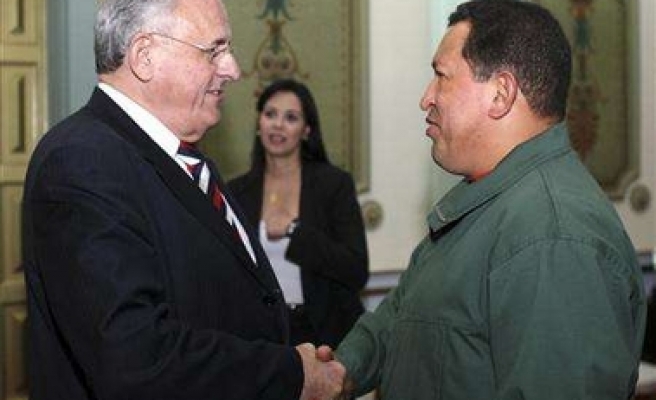 Brazilian Defense Minister Nelson Jobim, who is in Venezuela to discuss a planned South American security council, said the region needed military power to strengthen its presence on the world stage.

"There is no arms race in South America," he said after meeting with Venezuelan President Hugo Chavez.

"It is important that countries have weapons. The projection of power by South America depends on its dissuasive powers of defense," said Jobim.

Brazil, Chile and Venezuela are enjoying a boom thanks to high commodities prices even as Haiti and some countries in Central America struggle to pay record prices for food and energy.

OPEC member Venezuela has bought Russian jets and assault rifles with its oil dollars. Agricultural powerhouse Brazil is looking to buy a nuclear submarine as it revitalizes its large but outdated military.

Brazil and Venezuela are leftist allies who want to reduce Latin America's reliance on the United States, but who also vie for regional influence.

Brazil aspires to a permanent seat on the U.N. Security Council. It proposed a regional defense group in the wake of a crisis last month that took Andean countries close to war.

Jobim said the group is not intended to have operational capacity but would coordinate defense policy in the region. He said the body, which excludes the United States, will be up and running by the end of the year.

"This is a South American council and we have no obligation to ask for a license from the United States to do it," he said during the visit to Caracas.

The resolution to a crisis, sparked last month when Colombia bombed a rebel camp in Ecuador, was reached without U.S. involvement and was seen as a milestone for Latin American diplomacy.

Chavez had escalated the crisis by ordering tank battalions to Venezuela's border with Colombia.

The socialist former paratrooper increased military spending to $1.92 billion in 2006, up 67 percent from 2003, according to Sweden's SIPRI group, which tracks arms expenditures worldwide.

Venezuela, which has a fleet of U.S.-built F16 fighter jets in disrepair because Washington will not sell Chavez spare parts, has bought 24 Russian-made Sukhoi jets.

Washington ally Colombia, which is fighting a civil war against Marxist rebels, has a bigger arms budget as a proportion of GDP than its neighbors and a modern fighting force supported by the United States.

Jobim, who is due to travel to Guayana and Suriname this week said he would also visit countries from Argentina to Colombia to drum up support for the regional defense body.