Leaders of four South American nations agreed in Bolivia to hold talks on a long-term trade deal with the European Union. 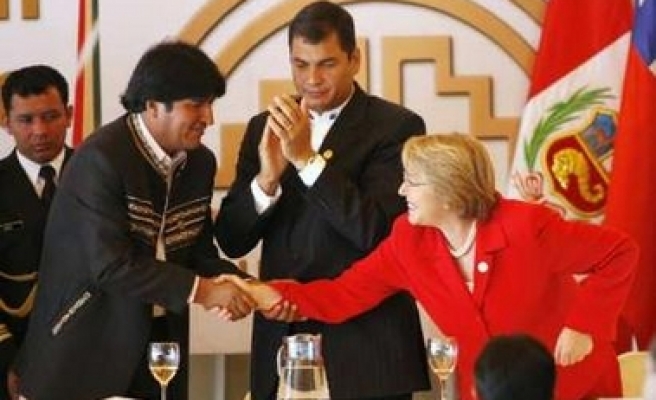 Leaders of four South American nations agreed in Bolivia Thursday to hold talks on a long-term trade deal with the European Union.

But they reportedly remained split over the scope of the proposed pact.

Presidents of Bolivia, Colombia, Ecuador and Peru said they would seek unity in their negotiations for a trade agreement between the EU and the Community of Andean Nations (CAN).

The four CAN member countries said at the summit in the Bolivian city of Tarija that they had officially agreed to launch negotiations with the 27-state EU.

But Colombia and Peru are hoping for an unrestricted free-trade deal and the presidents of Bolivia and Ecuador are seeking special conditions for their less-developed economies.