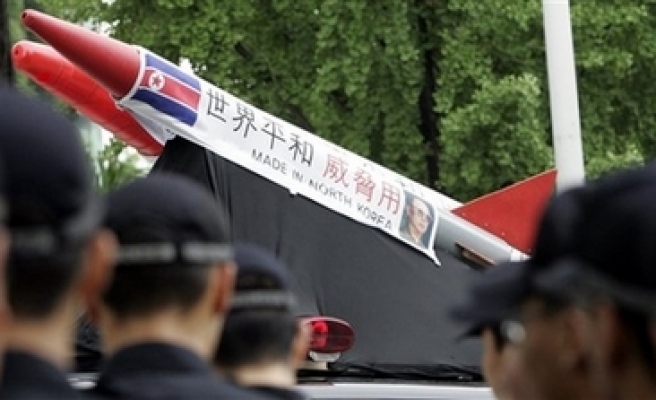 South Korea's Joint Chiefs of Staff confirmed the launches, but said it was still investigating how many missiles were fired and where exactly the tests occurred.

"The short-range missile launches are believed to be part of a routine exercise that North Korea has conducted annually on the east and the west coasts in the past," the Joint Chiefs said in a statement.

The missiles were fired from the communist country's east coast into the sea between Japan and the Korean peninsula, a Joint Chiefs official said on condition of anonymity, citing official protocol.

Some reports suggested the North's test was in response to South Korea's launch of its first destroyer equipped with high-tech Aegis radar technology on Friday.