A quarter of the world's oceans will be protected from fishing boats which drag heavy nets across the sea floor, South Pacific nations have agreed. 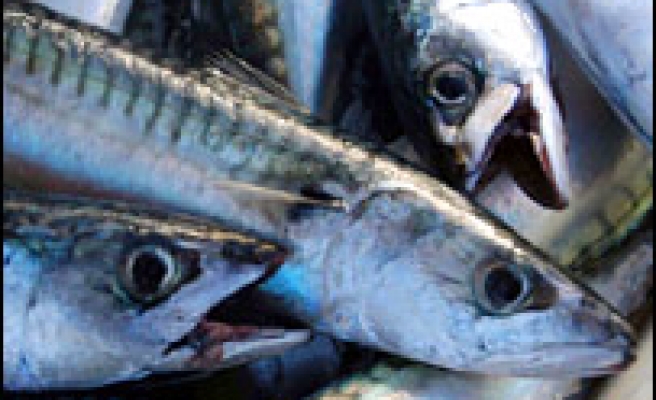 The landmark deal will restrict bottom trawling, which experts say destroys coral reefs and stirs up clouds of sediment that suffocate marine life.

It extends from the Equator to the Antarctic and from Australia to the western coast of South America.

The high seas encompass all areas not included in the territorial sea or in the internal waters of a country.

The agreement reached in the coastal town of Renaca in Chile will come into force on 30 September.

It will close to bottom trawling areas where vulnerable marine ecosystems are known or are likely to exist, unless a prior assessment is undertaken and highly precautionary protective measures are implemented.

Bottom trawling: How it works

The delegation from New Zealand, whose fishermen are responsible for 90% of bottom trawling in the South Pacific high seas, said the restrictions would "severely constrain" its fishing vessels.

"Because of the cost implications of the necessary research and assessment and observer requirements, it may even have the effect of putting an end to bottom trawling," it said.

The Deep Sea Conservation Coalition, an alliance of leading environmental and conservation groups, welcomed the agreement.

"This is a major step forward in the protection of biodiversity on the high seas," Matthew Gianni, a spokesman for the group, said.

Mr Gianni said the deal was the first step taken towards implementing a UN resolution passed in December, which urged the adoption of unilateral "precautionary measures" to ensure bottom-trawlers do not cause significant damage.

"This is the most significant meeting of fishing nations since the UN General Assembly resolution and it has done what the resolution required."

"It can be done, it has been done, and it's time for all countries to do the same in all other ocean regions."

In addition to the weighted nets and rollers which crush coral reefs, bottom trawling targets slow-growing species of fish, such as orange roughy, which take decades to reach breeding age.

Such species are especially vulnerable to overfishing because the population replenishes itself very slowly.

Last month, leading scientists warned there would be no sea fish left in 50 years if current practices continued.

Bottom-trawlers use weighted nets to scour the ocean floor. The nets are designed to catch fish, but they rip out corals and other marine organisms.

These hexactinellid sponges are found only on deep-water reefs off the western coast of Canada.

The same area of sea floor after the trawl has gone. Pictures like this are the reason why bottom-trawling is sometimes compared to the clear-cutting of tropical rainforests; what remains is an ecological desert.

As well as being spectacular in their own right, gorgonian corals provide valuable habitat for fish. Some produce substances which defend them against fungal attack - substances which could potentially be exploited for human medicines.

This one was found on the Davidson Seamount off the Californian coast.

The environmental group Greenpeace has been observing bottom-trawling vessels, and here caught up with a New Zealand ship. Being hauled up in the net is a substantial chunk of gorgonian coral.

The coral is disposed of quickly and easily - by throwing it over the side of the vessel.

Research shows that bottom-trawling is responsible for some deep-sea reefs losing more than 95% of their coral - one reason why conservation groups are urging a United Nations moratorium.