Sacked army members' case to be heard by European court

The European Court of Human Rights will now be accepting applications from individuals fired from public agencies, including members of the Turkish military who were forced to resign by a decision by the Supreme Military Council (YAŞ). 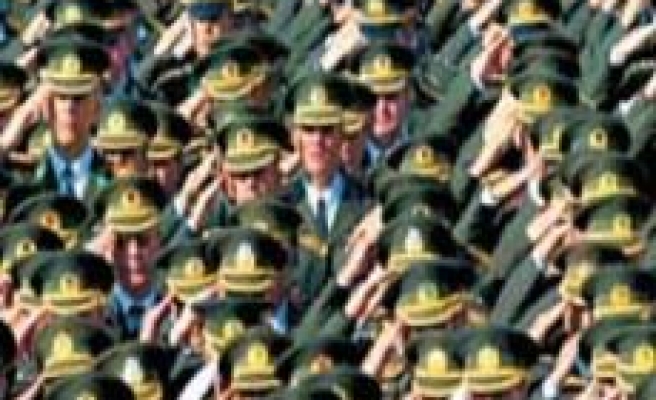 YAŞ convenes twice each year in Turkey to decide on promotions as well as dismissals from the military. Some YAŞ dismissals, forcing officers to early retirement due to "religious fundamentalism," have been found controversial by many Turks. Since 1999 the European court has rejected hearing cases regarding disciplinary investigations and dismissals from military, judiciary and police departments, saying these were under the "jurisdiction of state sovereignty." However the Strasbourg court recently made a ruling on a case brought to it by five police officers from Finland, which is likely to mean that it will be open to hearing similar cases from other countries.

In addition to officers dismissed from the army for engaging in “religious fundamentalist activity,” Turkey’s prosecutors, judges and lawyers barred from their profession by the country’s Supreme Council of Judges and Prosecutors (HSYK) will now have the right to challenge this body’s decisions in Strasbourg. The court’s Turkish judge, Rıza Türmen, said, “Earlier, the European court granted 100 percent jurisdiction to the state over public servants, but with this new example case, it is leaving a more limited space of the state to maneuver.”

A resolution of the court in 1999 rejected hearing a case brought against France by a diplomat named Gilles Pellegrin after he was sacked by the French government. The resolution said: “Thus, from now on, no disputes between administrative authorities and employees who occupy posts involving participation in the exercise of powers conferred by public law attract the application of Article 6 of the European Convention on Human Rights.” Until today the European court has rejected about 100 applications challenging YAŞ and HSYK decisions in Turkey. However its recent resolution in the case of “Eskelinen and others vs. Finland,” when five police officers went to court to be able to get their unpaid wages from the government, will change that perspective.

Two judges of the court, Rıza Türmen from Turkey and French judge Jean Paul Costa, objected to the resolution. Turkish judge Türmen said he didn’t think it was necessary to make any changes to the 1999 Pellegrin ruling. Türmen commented that the Eskelinen resolution “has limited the space of the state to maneuver.”