Shia leader Moqtada al-Sadr called on Wednesday for talks to end the crisis in Basra. 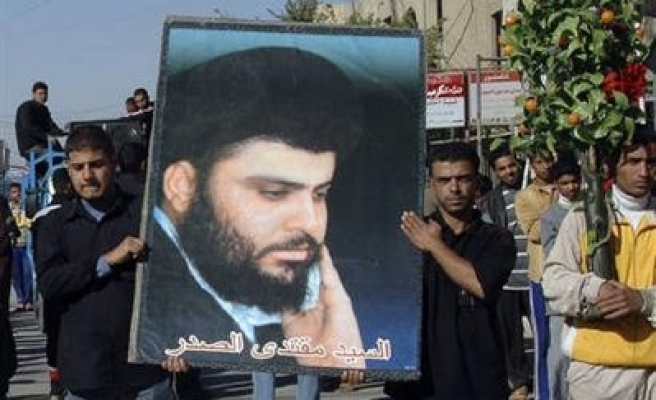 Sadr, whose Mahdi Army has been the main target of the military operation launched on Tuesday, also demanded that Prime Minister Nuri al-Maliki leave Basra where he has been personally overseeing the crackdown.

"Sadr has asked Prime Minister Maliki to leave Basra and to send a parliamentary delegation to resolve the crisis in the city," the head of the Sadr movement's political bureau, Liwa Sumaysim said.

"We are not going to chase those who hand over their weapons within 72 hours," Maliki said.

"If they do not surrender their arms, the law will follow its course," the Basra Operational Command quoted the premier as saying.

Maliki stressed that in the meantime the security forces were continuing with their operations and moving in to arrest specific individuals for whom they had arrest warrants.

Police have confirmed seven deaths in the fighting in Basra although unconfirmed sources put the death toll as high as 40 and the number of wounded at 200 since the clashes erupted on Tuesday.

At least 20 people have died in the clashes with Iraqi and US troops in the militia's Baghdad bastion of Sadr City, Iraqi security officials said.

"Those killed and wounded included men, women and children. The wounded have been admitted to five different hospitals in and around Sadr City," an official from the interior ministry said.