For many years, new technologies with potential food uses have split EU countries down the middle, with one group calling for tolerance, acceptance and more research while the other urges caution and rejection until the science is more advanced. 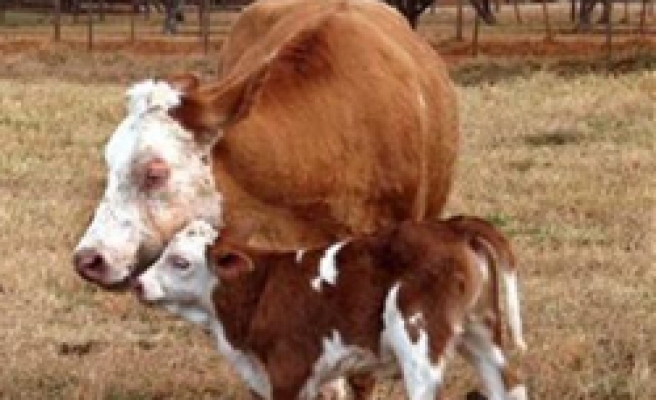 The European Union's top food safety agency said on Thursday cloned animal products may not be safe and further study was needed, prompting another battle of conscience within the bloc over the merits of new technology.

"It is clear there are significant animal health and welfare issues for surrogate mothers and clones that can be more frequent and severe than for conventionally bred animals," Vittorio Silano, chair of EFSA's Scientific Committee, told reporters.

"For cattle, food safety concerns are considered unlikely. But we must acknowledge that the evidence base is still small. We would like to have a broader data base and we need further clarification."

In its initial response to the issue of cloning -- which many consumer and religious groups strongly oppose -- EFSA said in January that cloned animals could be safe to eat.

It also said it saw "no environmental impact" from animal cloning, which takes cells from an adult and fuses them with others before implanting them in a surrogate mother.

But when asked if cloned products such as meat and dairy would be safe for people to buy in European supermarkets, Dr. Dan Collins of EFSA said: "There are possible concerns ... there is an impact of animal health and welfare on food safety. We need more data."

For many years, new technologies with potential food uses have split EU countries down the middle, with one group calling for tolerance, acceptance and more research while the other urges caution and rejection until the science is more advanced.

In contrast to the United States, for example, EU citizens have been far more reluctant to embrace biotechnology, such as genetic modification developed to increase yields or boost crop resistance against certain pests.

"The very preliminary reaction to this report is that it gives rise to increased concerns on aspects of animal health and welfare. Due to the absence of data there are also some food safety open questions," the Commission said in a statement.

With or without EFSA's backing, the EU executive says consumers will need to be convinced and intends to carry out an EU-wide consumer survey on the issue in September.

"The results of this survey could be the deciding factor. If EU citizens say they oppose cloning, then it could kill the whole issue," one Commission official familiar with the matter said.

"But of course if the results prove to be mixed and unclear, then we could have a battle of hearts and minds on the issue based on science and morality."

More than half of shoppers in a recent survey by the International Food Information Council said they were unlikely to buy food made from cloned animals.

The largest U.S. dairy producer and distributor, Dean Foods, said last month that it would not sell milk from cloned animals due to consumer concerns.

In March 2007, the European Commission -- the EU's executive arm -- asked the Bologna-based food agency to investigate the merits of cloning, prompted after the U.S. Food and Drug Administration (FDA) gave its backing to meat and milk products from cloned cattle, pigs and goats.

Hundreds of animals have been cloned mainly in the United States, and EU officials had said Britain and Germany supported the cloning of animals with London already confirming that it has imported a cloned offspring.

But Germany's agriculture minister told Reuters on Thursday that he did not support imports of cloned meat and dairy products.

"Politically I was always against it. If EFSA affirms that now scientifically I welcome this," Horst Seehofer said.

But opponents say scientists don't know its effects on nutrition and biology.

"The EU with only one option: to ban animal cloning for food," Sonja Van Tichelen, director of Eurogroup for Animals, a Brussels-based animal welfare lobby.

"Consumers in neither America nor Europe want to have food products from clones or their offspring, so why introduce it in the first place?