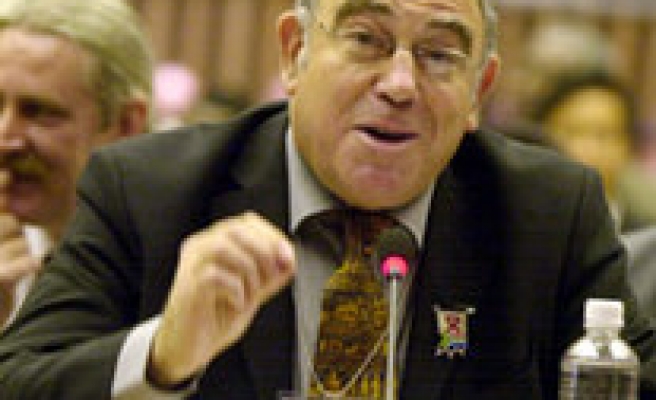 A South African intelligence minister Ronnie Kasrils on Sunday met with Palestinian president Mahmoud Abbas in Ramallah, issued a statement in which he said it would be "myopic" to reject opportunities for dialogue.

"Those who myopically object to such invitations merely show that they have learnt nothing from South Africa's transition," Kasrils said in the statement.

"Such logic as they espouse would not have allowed (apartheid era president) PW Botha to have met with the imprisoned (Nelson) Mandela nor his release by (former president) FW De Klerk as a partner in negotiations."

No date has been set for the trip, which Kasrils said had been endorsed by Abbas.

Kasrils - who is himself Jewish but also an outspoken critic of Israel - said his visit to Ramallah on Sunday to "reiterate the commitment of the South African government towards the achievement, through peaceful negotiations, of a two-state solution based on a viable Palestinian state on the 1967 borders," his statement said.

On Sunday Kasrils called upon the West to end its boycott of the Palestinian Authority calling it a big mistake and a collective punishment.

Since a Palestinian government of national unity was formed in March some European nations have met with non-Hamas cabinet ministers Last Mod: 07 Mayıs 2007, 19:10
Add Comment