The once-green Sahara turned to desert over thousands of years rather than in an abrupt shift as previously believed, according to a study on Thursday that may help understanding of future climate changes. 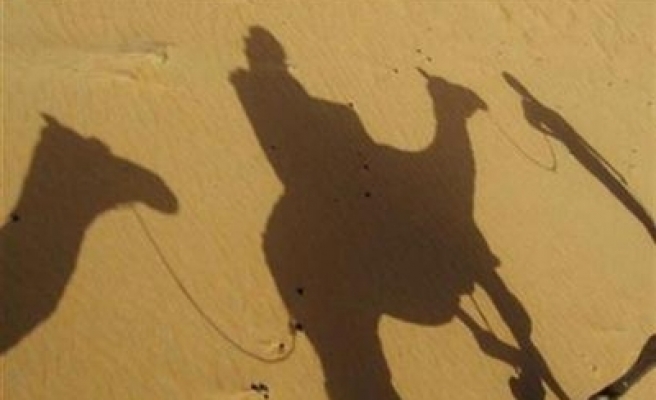 And there are now signs of a tiny shift back towards greener conditions in parts of the Sahara, apparently because of global warming, said the lead author of the report about the desert's history published in the journal Science.

The study of ancient pollen, spores and aquatic organisms in sediments in Lake Yoa in northern Chad showed the region gradually shifted from savannah 6,000 years ago towards the arid conditions that took over about 2,700 years ago.

The findings, about one of the biggest environmental shifts of the past 10,000 years, challenge past belief based on evidence in marine sediments that a far quicker change created the world's biggest hot desert.

"The hypothesis (of a sudden shift) was astonishing but it was still taken up," said Stefan Kropelin of the University of Cologne in Germany, lead author of the study with scientists in Belgium, Canada, the United States, Sweden and France.

The scientists, studying the remote 3.5 sq km (1.4 sq mile) Lake Yoa, found the region had once had grasses and scattered acacia trees, ferns and herbs. The salty lake is renewed by groundwater welling up from beneath the desert.

A gradual drying, blamed on shifts in monsoon rains linked to shifts in the power of the sun, meant large amounts of dust started blowing in the region about 4,300 years ago. The Sahara now covers an area the size of the United States.

Kropelin told Reuters that improved understanding of the formation of the Sahara might help climate modellers improve forecasts of what is in store from global warming, blamed by the U.N. Climate Panel on human emissions of greenhouse gases.

The panel says that some areas will be more vulnerable to drought, others to more storms or floods.

The Sahara got greener when temperatures rose around the end of the Ice Age about 12,000 years ago. Warmer air can absorb more moisture from the oceans and it fell as rain far inland.

"Today I think we have the same thing going on, a global warming," he said. And he said there were already greener signs in a huge area with almost no reliable weather records.

"I see a clear trend to a new greening of the Sahara, a very slow one," he said, based on visits to some of the remotest and uninhabited parts of the desert over the past two decades.

"You go to unoccupied areas over a long time and you know there was pure sand there without a single snake or scorpion. Now you see tens of kilometres covered by grass," he said.