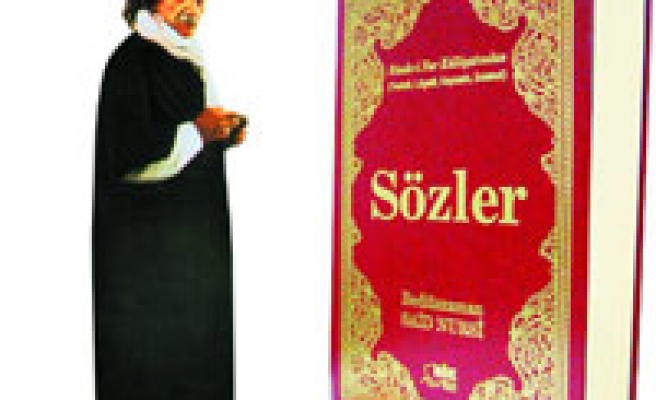 The decision -- made despite positive reports on the scholarly work by the Organization of the Islamic Conference (OIC), the Turkish Directorate of Religious Affairs, the Turkish Interior Ministry, the Vatican and the Egypt-based Al-Azhar University -- upset Muslims in the Russian Federation as well as around the world. It demonstrates that the Russian authorities did not fully understand Said Nursi and his great work. For this reason, it is imperative to unveil the content of his teachings and works.

Even though the material needs of modern man have been met and the majority live in wealth, today’s man still has deep-seated spiritual problems.

Grasping the essence of himself and the world he lives in is the greatest need of man. This need, which is the dynamic behind progress, is even more visible in the current age. Men of this modern age want to know the reasons and goals for everything. This eagerness has led to enormous progress in the fields of technology and scientific inquiry. Nevertheless, the material progress in the West was not synchronized by progress in other supplemental fields. The Koran, or the last Holy Book revealed by Allah, speaks to human beings from all ages. It directly and specifically addresses the men and needs of all ages. As already noted, the visible aspect of the modern age is the tendency toward scholarly inquiry. This tendency, which encourages mankind to explore the goals and wisdoms of the universe, has revealed the secrets and unknowns of the material world.

Islamic scholar of Kurdish-origin Said Nursi is the author of the 6,000-page-long Risale-i Nur. He set himself the goal of developing solutions to the problems of the modern age from an Islamic perspective in his lifetime (1876-1960). The Risale-i Nur Collection, which speaks to the mind of contemporary man, was authored in a unique and special design and style.

The volumes in the Risale-i Nur Collection are not solely works on Islamic faith, hadith (traditions relating to the words and deeds of the Prophet Muhammed) or Islamic law. His works provide answers to the questions that occupy the minds and agendas of modern societies based on the Koran and hadiths. The answers provided in the volumes relate this reasoning to a large number of relevant fields including philosophy, politics, economics, sociology, reason and even natural sciences. Its style, which makes leading a life in accordance with the principles of the Islamic faith, brought the collection to the attention and focus of all -- be it believer or non-believer -- in the contemporary age.

In today’s world, it is a fact that the tendency toward religious precepts is strong than ever. International research confirms this fact. It is already accepted that religion is a powerful asset that affects the man of the 21st century.

Said Nursi and the Risale-i Nur Collection made its calls with wisdom and gave its message with efficiency. He remained loyal to his cause without retreat and with patience and optimism. He put a special emphasis on the importance of the human being; he never wavered in his position of optimism about the future.

Said Nursi states that the primary goal of his collection is to speak of Allah and prepare the hearts and spirits for His love and respect. This is the major axis of the 6,000-page Risale-i Nur Collection. It repeatedly stresses this message; it speaks of Allah and mentions Him and His Mercy. It tries to fill hearts with His love.

Said Nursi and his collection attribute a special importance to the stability and integrity of social life. He works for the maintenance of social peace and simplicity in the entire world. He does not rely on disruptive, divisive or destructive alternatives; he views optimism and positive action as a duty and a principle that should not be abandoned. He does not tolerate negative action. He reinforces tolerance, love and solidarity in society. He rejects tribalism, ethnical extremism, racism and negative nationalism.

Said Nursi stresses the importance of solidarity in social life in his works. He helps the poor, the desperate, the needy and the orphans. He does not allow clashes, hatred, enmity or blood.

His last counsel was ‘positive action’

The last lesson Said Nursi taught before he died was “positive action.” He says in his last lesson that “Our duty is to act positively; it is to tell the people our faith in a fashion based on sweet talk and efficiency. Throughout my whole life, I have tried to preserve social peace with my all strength. Our job is to work hard to maintain social peace and ease.”

Said Nursi carefully refrained from any action that would increase tension between different social segments or inflict damage on the social fabric and stability and recommended his students follow the same path.

Said Nursi stayed away from politics and viewed isolation from politics as the cornerstone of his style to serve the nation. The fact that such a person equipped with the ability to analyze social and political events remained aloof to politics deserves attention and further research.

History shows that prophets and their heir clerics were not adequately appreciated by ordinary people. Almost all prophets -- and Said Nursi -- the focus of this article, are clear examples of this assertion.

One of the false interpretations about Said Nursi is the mix-up between him and the infamous rebel against the Turkish state Sheikh Said, and the alleged affiliation between the two. Unfortunately, this mistake, which most probably stems from the similarities between the names, has nothing to do with the truth, as proven by historical facts. It is true that Sheikh Said wanted to bring Said Nursi to his side; however, his response to the sheikh’s invitation was deliberately distorted. Let us read the response Said Nursi gave to Sheikh Said: “The Turkish nation has always been at the service of Islam. It sacrificed many including countless martyrs. Insurgency against this nation is out of the question. We are all Muslims; we are brothers with them; do not make brother fight with brother. This is not allowed under the religion. At this time, the only way to get out of troubles is to enlighten the people’s minds with the Koran and faith and to get rid of our biggest enemy -- illiteracy. I urge you to give up your intention to stage an insurgency.”

So, Said Nursi promoted positive action not only in the territories of the Ottoman Empire and its successor, the Turkish Republic, but also in the entire Islamic world, and dismissed violence and anarchy in all forms. This stance was seen by many as pacifism, and Nursi was severely criticized on that ground. However, the critics eventually had to come to the conclusion that what he did was actually appropriate. Even though he was incarcerated in different prisons for 28 years, he never cursed or condemned the prosecutor who demanded his execution nor led an opposition movement against his state.

Nursi relied on the second type as he considered that the sun represented Islam. His trials by the high figures of the modern Turkish state stemmed from their political preferences. Despite the fact that Nursi and his works had been put under scrutiny and on trial, it later became obvious that they were purely appropriate and beneficial. Furthermore, a number of institutions and scientists, including the Organization of the Islamic Conference, the Turkish Directorate of Religious Affairs, the Turkish Interior Ministry, the Vatican and the Egypt-based Al-Azhar prepared reports that confirmed Said Nursi’s works were of great help for social peace and integrity.