French presidential frontrunner Nicolas Sarkozy followed in the footsteps of his main contender, Socialist candidate Segolene Royal, and announced that he backed a controversial bill that criminalizes denial of an alleged genocide of Armenians at the hand 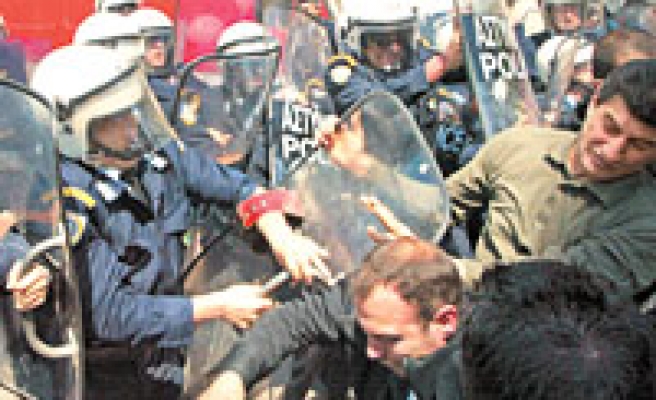 Sarkozy said, in a message sent to the Coordination Council of Armenian Organizations of France (CCAF), that he supported penalties against denial of the alleged genocide, the Anatolia news agency reported. Sarkozy sent the message on the occasion of the anniversary of what Armenians claim is the beginning of a systematic genocide campaign in eastern Anatolia some 92 years ago.

The lower house of the French Parliament already approved the bill last year, which seeks up to three years in jail for those who dispute claims that Armenians were subject to genocide during the World War I. The bill has angered Turkey, which categorically refutes genocide charges and says the killings came when the Armenians revolted against the Ottoman Empire in collaboration with the invading Russian army.

Sarkozy said in his message to the CCAF that he was loyal to free academic research and freedom of expression and added that he believed the bill should not be used to prosecute those who express personal opinions on the issue.

But he added: "France cannot accept propaganda by a 'negationist state,' apparently referring to Turkey. Sarkozy said he favored the use of bill to ban demonstrations and conferences to deny the alleged Armenian genocide.

Sarkozy is an opponent of Turkey's EU membership. Armenian groups say Turkey should be forced to recognize the alleged genocide before being able to join the 27-nation bloc.