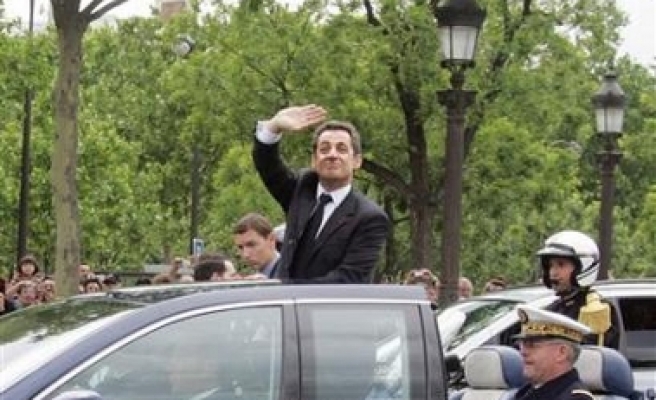 Sarkozy appointed seven women to his 15-strong team, cutting back the number of posts and downgrading many other positions.

Sarkozy and Prime Minister Francois Fillon, who was appointed on Thursday, will hold their first cabinet meeting at 4:30 p.m. (1430 GMT), sending a signal to France that they are immediately getting to work on their reform programme.

Alain Juppe, a former prime minister, was made the de facto government number two at the head of a newly formed environment and sustainable development super-ministry.

He will be shadowed by Eric Woerth, the former treasurer of Sarkozy's ruling UMP party, who will be responsible for all aspects of public spending, including civil service costs --a new post aimed at rationalizing government and saving money.

He also appointed two disaffected leftists as secretaries of state, including Jean-Pierre Jouyet, who was always seen as close to Socialist chief Francois Hollande and takes charge of European affairs in the new line-up.

The Socialists have accused Sarkozy of trying to destabilize their party, still struggling to absorb their presidential election defeat, and have belittled Kouchner's move saying key parts of his portfolio will be poached by Sarkozy's office.
Last Mod: 18 Mayıs 2007, 13:47
Add Comment