It became clear yesterday that newly elected French President Nicholas Sarkozy has put into action his plans to derail possible Turkish EU membership by not allowing the opening of the economic and monetary policy chapter with Ankara. 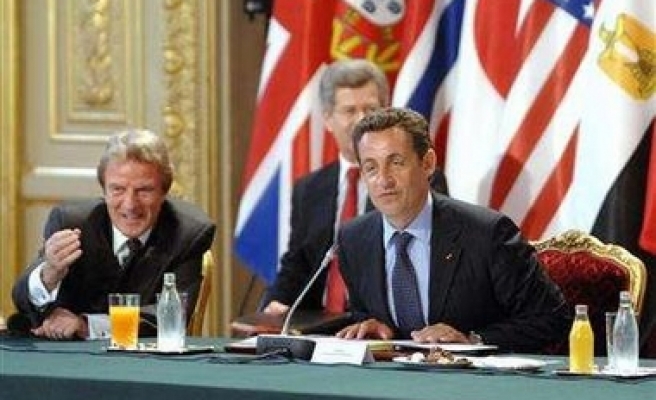 It became clear yesterday that newly elected French President Nicholas Sarkozy has put into action his plans to derail possible Turkish EU membership by not allowing the opening of the economic and monetary policy chapter with Ankara.

European Council term president Germany did not bring economic and monetary policy onto the agendas of either the enlargement working group or the Committee of Permanent Representatives (COREPER) yesterday because of French objections. Sweden, along with six other member countries, protested the fact that the chapter was not brought to the table.

In the intergovernmental conference to be held today only two chapters -- statistics and financial control -- will be opened during a meeting in which Turkey will be represented by State Minister Ali Babacan. The EU will be opening six chapters with Croatia tomorrow, making the number of chapters open with Zagreb 12. The statistics chapter will have three opening benchmarks, while financial control will have seven, which diplomats say are purely technical.

Swedish Ambassador to the EU Sven-Olof Petersson, raising the issue in yesterday's COREPER meeting, said he regretted that economic and monetary policy had been taken off the agenda and asked to know the reasons why. The Swedish position was supported by six other member states. While Finland and Estonia voiced their concerns in a bid to support the Swedish position, the UK, Poland, Italy and Lithuania also wanted to take the floor but were cut by the presidency.

As Sarkozy makes it clear he will try to derail the Turkish membership process, Paris says it will block chapters directly related to institutional arrangements. That means at least four or five more chapters will be off the agenda, increasing the number of frozen chapters to 12 or 13 including those already suspended due to Greek Cypriots.

Ambassador Petersson said they would not accept an increase in the number of suspended chapters. The Swedes made it clear to the Germans that they will maintain the right to bring up the issue again. Diplomats say the Swedes and others will handle the issue with the incoming Portuguese presidency. However many also say that economic and monetary policy, unlike culture and education, will not be opened in the foreseeable future.

In Ankara German Ambassador to Turkey Eckart Cuntz said his country had hoped to open talks on four chapters during its term as EU president, but only days before its presidency expired it transpired that this would not be possible. “However there still was progress,” he told the Anatolia news agency.

The EU has opened new talks with Turkey on a total of three chapters during Germany’s six-month term presidency. Responding to a question on reports that Greek Cypriots had attempted to block talks on the financial control chapter, Cuntz said German Foreign Minister Frank-Walter Steinmeier had phoned some of his EU counterparts to ensure the successful opening of talks on the chapter.