Sarkozy gets majority but not landslide 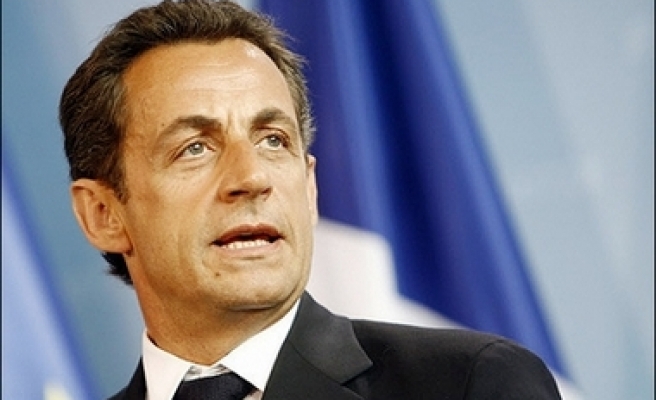 His Union for a Popular Movement (UMP) won 314 seats in the 577-member National Assembly, 45 fewer than in the outgoing parliament, according to final official results. Another 22 seats went to the UMP's centrist allies.

Sarkozy's party had been expected to score a "blue wave" landslide after his stunning presidential election win over Socialist Segolene Royal in May. But the Socialist Party made a surprise comeback, jumping from 149 to 185 seats.

Turnout for the decisive second round vote was 59.99 percent, far short of the near 85-percent turnout in the April-May presidential vote.

In an embarrassing blow to Sarkozy, former prime minister Alain Juppe failed to win a seat in his Bordeaux stronghold and resigned as environment superminister and government number two.

Sarkozy, 52, had brought the 61-year-old Juppe back from political exile after his conviction in a party finance scandal and given him one of the most prominent portfolios in his right-wing government.

But Economy Minister Jean-Louis Borloo said the government had scored a "historic success" in becoming the first ruling party since 1978 to retain control of the National Assembly.

Prime Minister Francois Fillon said France had "made a clear and coherent choice" by giving Sarkozy "a majority to act."

Socialist leader Francois Hollande highlighted gains made by his party, which had headed into the parliamentary vote demoralised by Royal's defeat and expecting a crushing right-wing victory.

"The blue wave that was predicted to come crashing down didn't happen," Hollande said, saying the result would spell more "diversity and pluralism" in parliament.

He said the result was the sign of voter unease with "unjust measures" planned by the government, including a possible a hike in value-added tax rates to fund healthcare costs.

But the Socialist gains were not expected to bury the party's problems after three successive defeats in presidential elections.

Even as they welcomed the better-than-expected showing, Socialists were jolted by the news that Royal and Hollande, her partner of nearly 30 years, had separated.

Royal accused Hollande of having an affair in interviews for a book to be released this week and asked that he no longer be described as her partner, though she did not specify when the break-up happened.

One month after taking over from Jacques Chirac, Sarkozy had sought a strong majority to back his campaign pledge to modernise French government, kickstart the economy and toughen up crime and immigration laws.

He has appointed a broad-based government in which prominent leftist Bernard Kouchner is foreign minister. He also named a first woman minister of north African origin, Rachida Dati, to the justice ministry.

A special session of the new parliament will open on June 26 to examine the first bills to reduce taxation, encourage overtime, grant universities more autonomy, tighten immigration and toughen sentences for repeat offenders.

The conservative Le Figaro called the results of Sunday's vote the "Yes, But of the French" to Sarkozy's reforms in the headline to its story.

Le Figaro said the gains made by the Socialists from the first round of voting one week ago "...is ample proof that if the French have adopted the idea of reform they aren't ready to accept those which haven't been amply considered..."

The left-wing Liberation was more dramatic about the Socialist gains.

"The Right-Wing Takes a Left Hook," screamed the daily's headline.

Other left-wing parties picked up 41 seats between them, with 15 going to the Communist Party and four to the Green Party.

The nationalist Movement for France took one seat, but the main far-right National Front won no seats.

Francois Bayrou, who formed a new centrist party to build on his strong third-place showing in the presidential elections, took one of three seats won by his Democratic Movement. Last Mod: 18 Haziran 2007, 09:45
Add Comment