France has been a focus of Chinese nationalist anger after protesters disrupted the Paris leg of the Olympic torch relay in April, decrying Beijing's policies in Tibet 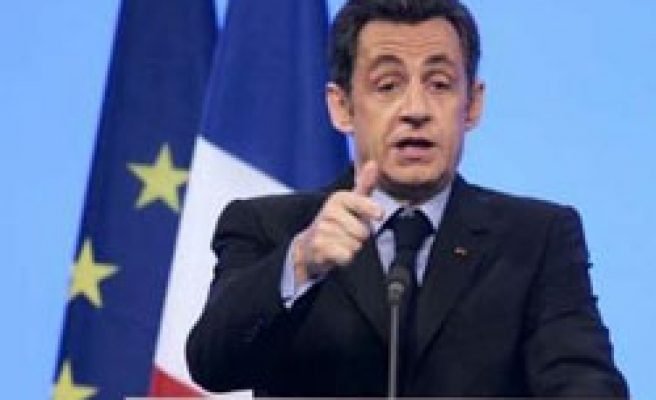 China made a barely veiled swipe at French President Nicolas Sarkozy on Thursday and state media warned he can expect a cold public shoulder if he attends the Beijing Olympics after he threatened not to go over Tibet.

Sarkozy has said he will decide next week whether to attend the opening of the Games in August, with his choice depending on how talks go between Beijing and the Dalai Lama's envoys.

China often lashes out at foreign leaders for meeting the exiled Dalai Lama or criticising its policies in Tibet, which it calls an internal affair.

In a sign of growing rancour in Beijing, a Chinese Foreign Ministry spokesman and official newspapers took swipes at Sarkozy, whose government assumed the rotating presidency of the European Union on Tuesday.

"The Olympic Games should not be politicised and that spirit should be respected by all the members of the Olympic family," the spokesman Liu Jianchao told a news conference.

"We absolutely will not accept any politicisation of the Olympic Games, or linking the Olympics to political issues. Any attempts to meddle in China's internal affairs will fail."

Liu refused to directly say whether his comments were aimed at Sarkozy. But he said they were intended to "clarify" remarks he made on Tuesday, which were in answer to a question about the French president.

Official Chinese media were even blunter.

"Chinese people do not want French President Nicolas Sarkozy to attend the opening ceremony of the Beijing Olympics," the China Daily said, citing an Internet survey by Sina.com.cn, a popular local website.

France has been a focus of Chinese nationalist anger after protesters disrupted the Paris leg of the Olympic torch relay in April, decrying Beijing's policies in Tibet. Many Chinese urged a boycott of French goods and picketed outlets of the French supermarket chain Carrefour.

Sarkozy has said that he believes in dialogue with China and that it would be counter-productive to offend Beijing.

But the upwelling of angry comment in the Chinese press suggested the French president faces a hostile audience.

The Internet "survey" that collected over 100,000 responses found that 88 percent thought Sarkozy's comments were "extremely unfriendly", while a similar number said they would not welcome his attending the opening ceremony, the report said.

"The stance of Chinese Internet users is even more direct -- it's not 'Come if you want,' it's basically 'You're not welcome," said the China Youth Daily.