Just as Royal seems to have declared political war on Sarkozy, some of her own Socialist cohorts are now openly sniping at her ahead of a leadership contest in November. 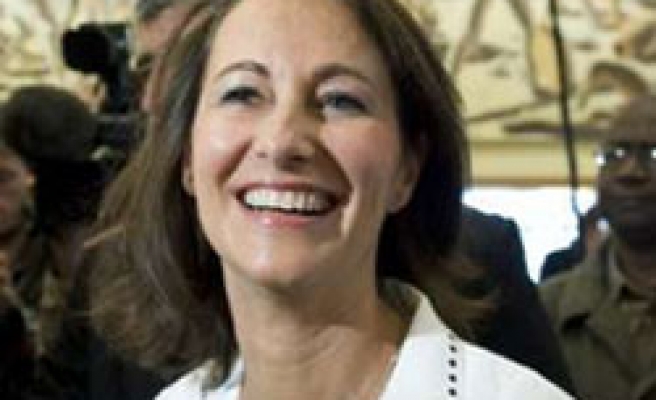 France's ruling party on Wednesday pilloried Segolene Royal, who lost to Nicolas Sarkozy in last year's presidential election, after she suggested her apartment had been ransacked because she had criticised Sarkozy.

Prime Minister Francois Fillon said the Socialist politician had "lost control of herself" by suggesting that Sarkozy or his entourage were involved in the incident at her home.

"The way she levelled such an insinuation at us without any kind of proof is shameful," Fillon said on RTL radio on Wednesday.

Burglars broke into Royal's flat in a Paris suburb on June 27, turning everything upside down. Police said nothing was stolen but the intruders tore up a police report Royal had kept about a previous break-in to the same property last year.

"I note that last week, at the time when I said we needed to end the Sarkozy clan's stranglehold on France, my home was sacked," Royal said on France 2 television on Tuesday evening.

"I see a link between the two things ... It's a funny coincidence and it's the second time. The first time was during the presidential election campaign," she said.

There was no immediate reaction from Sarkozy, who was at a G8 summit in Japan, but Royal's comments infuriated members of his Union for a Popular Movement (UMP) party.

Royal was already embroiled in another controversy over her comment last week that Sarkozy should not seek to gain any political capital from the release of French-Colombian hostage Ingrid Betancourt because France was not involved.

Betancourt was held for six years in the Colombian jungle by leftist guerrillas. Sarkozy had sought for months to obtain her release through talks with her captors, but the Colombian army rescued her by a ruse and France was not told until afterwards.

Royal's comment about these events punctured the goodwill generated by Betancourt's release in France on the day when the ex-hostage flew to a hero's welcome in Paris. Royal and UMP leaders traded vitriolic words on the episode.

The tone got even angrier after Royal's comments on Tuesday.

"She will do anything to be in the public eye. It's now reached a level of stupidity that is truly pathetic," said Bernard Accoyer, a UMP leader who is president of the National Assembly.

Just as Royal seems to have declared political war on Sarkozy, some of her own Socialist cohorts are now openly sniping at her ahead of a leadership contest in November.

"Either what she says (about the break-in) is accurate, in which case it's obviously a scandal, or it's not accurate, and in that case she should not say it," said Laurent Fabius, a Socialist former prime minister and likely leadership candidate.