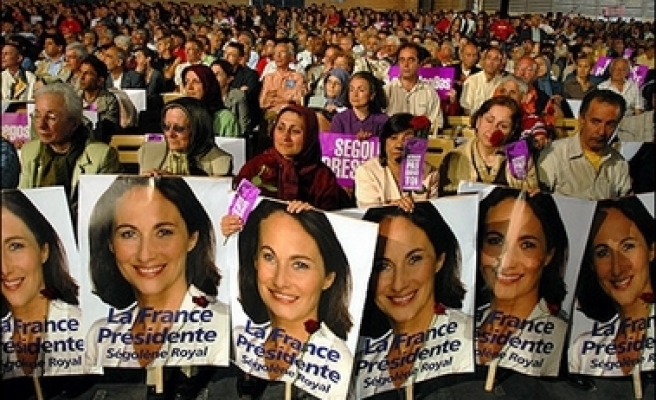 The two-hour encounter will be screened simultaneously by France's two biggest television channels from 9 p.m. (1900 GMT), and is expected to be watched by nearly half the country's 44.5 million voters.

Much of the months-long election campaign has been shaped by the contrasting personalities of the two candidates but voters have had few opportunities for a direct comparison.

Commentators doubt whether the debate will alter the overall pattern of the past few months, with as many as 88 percent of voters saying they are already sure of their choice and Sarkozy's poll lead undented since the start of the year.

And Sarkozy himself downplayed the importance of the encounter. "Every moment is decisive, but I'm not one of those people who dramatize the significance of the debate to that point," he told France Inter radio.

But the 20 million viewers, the kind of audience usually only seen in World Cup soccer finals, will be anticipating a keenly fought contest and watching for the kind of one-liner or gaffe that can be remembered for years afterwards.

Details of the debate, to be moderated by two of France's most prominent journalists, have been worked out in minute detail after intensive consultation with the campaign teams.

For both candidates, it will be a chance to win over voters who have followed the election with exceptional interest and who turned out in record numbers in the first round on April 22. But for Royal it could be the last chance.

The latest opinion poll on Wednesday confirmed Sarkozy's lead over Royal, giving him 52 percent support against 48 percent for Royal.