Sarkozy sworn in as France president

Nicolas Sarkozy was officially invested as France's new president on Wednesday following a handover ceremony with outgoing head of state Jacques Chirac at the Elysee palace. 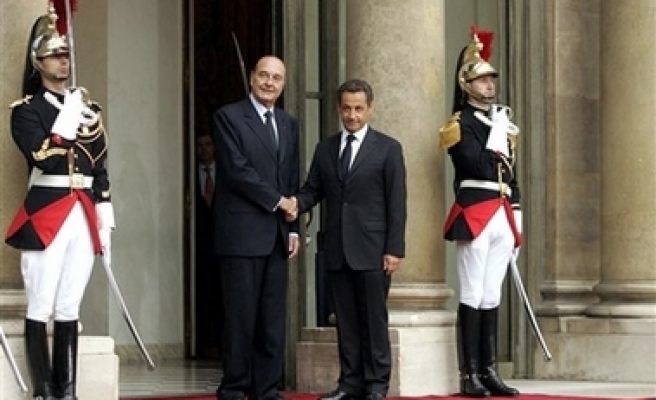 Nicolas Sarkozy was officially invested as France's new president on Wednesday following a handover ceremony with outgoing head of state Jacques Chirac at the Elysee palace.

The 52-year-old right-winger was ceremonially proclaimed France's 23rd president by the head of the Constitutional Council, following a private meeting with Chirac, who leaves office after 12 years in power.

"From this day on you are the embodiment of France, you symbolise the Republic and you represent all French people," Jean-Louis Debre told Sarkozy after officially proclaiming the results of the May 6 election.

Sarkozy and Chirac exchanged a long handshake in the courtyard of the Elysee presidential palace before Chirac got into his car and was driven out of the palace for the last time.

In the symbolic handover ceremony, the 74-year-old Chirac passed on the launch codes to France's nuclear arsenal and briefed his successor on current agenda items.

Later the new president was to rekindle the flame on the tomb of the unknown soldier beneath the Arc de Triomphe and lay a wreath at a statue of General Charles de Gaulle, France's post-war leader.

He will then fly to Berlin for a meeting with German Chancellor Angela Merkel, where the future of the European Union will be the main issue for discussion.

A former interior minister and head of the ruling Union for a Popular Movement (UMP), Sarkozy was elected president on a promise of radical economic and social change, easily beating the Socialist Segolene Royal.