Nicolas Sarkozy, the presidential candidate of the ruling party, poses a threat to national unity because he is cozying up to the far-right. 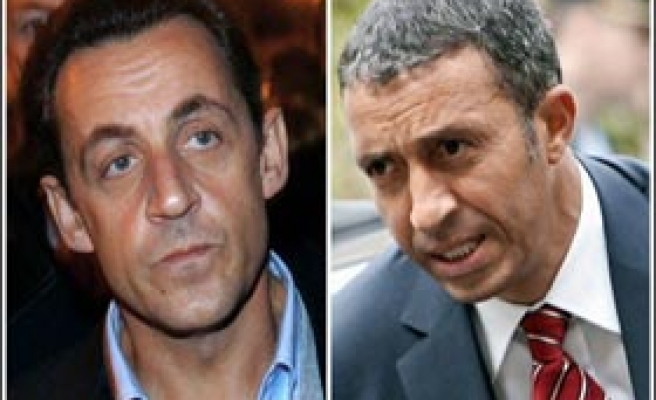 Nicolas Sarkozy, the presidential candidate of the ruling party, poses a threat to national unity because he is cozying up to the far-right while displaying a tough-as-nails attitude towards immigrants and minorities, France's first ever minister of an Arab background has warned.

"Sarkozy is dangerous to democratic France because he is pitting the French against one another," Azouz Begag, the former minister of equal opportunities, told IslamOnline.net.

"He had insulted French Muslims and spared no effort to court right-wing voters and antagonize the immigrants."

Sarkozy has focused his campaign on immigration, security and national identity issues that traditionally belong to the far-right National Front in a bid to draw away support from its candidate Jean-Marie Le Pen in an April 22 first round vote.

Begag, who assumed his ministerial post in June 2005, stepped down this month in protest at Sarkozy's policies.

He said the outgoing interior minister had taken tough stances and made racist remarks against minorities and immigrants.

"To mention but a few examples," he said, "is his description of immigrants as 'racaille' (rabble) and his call to establish a ministry for immigration and national identity."

He said the book — which translates into "The Lamb is in the Bathroom" — was inspired by Sarkozy's offensive and provocative ridicule of Muslim slaughter of Udhiyah.

"My book serves as a political testimony driven by my hands-on experience as a former minister of immigrant descent."

Begag said he was disillusioned with Sarkozy after the latter's stance on the 2005 riots, when angry immigrant youths rampaged through the streets and set fire to cars in protest at years of government marginalization.

"I remember that day when I sat on the same table with Sarkozy in a meeting chaired by (President Jacques) Chirac," he recalled.

Begag was the only minister to break the silence and criticize the "military" style with which Sarkozy handled the immigrant revolution.

He wrote in his incendiary book that a furious Sarkozy called him on the telephone, yelling: "You're an asshole, a disloyal bastard! I'm going to smash your face."

Born in the east-central city of Lyon to a seven-member Algerian family, self-made Begag has already gained the reputation of being a fighter for equality and a struggler against all sorts of discrimination.

He wrote up to 20 novels centering on the hardships facing immigrants and minorities in France, including My Sons and Paradise, which tackles the new identity of French Muslims and Arabs and their struggle against discrimination

"Sarkozy's rhetoric isn't quasi-racist, it is racist," he said in an interview with Spain's El Mundo newspaper.

"He wants to create a ministry of immigration and national identity and that's dangerous...When you start to divide people and see one group here, Muslims there, the blacks over there, you teach people to see others as different."

Sarkozy has often been lampooned as a hothead, notably in the television program "Les Guignols."

Polls have repeatedly shown that some voters are uneasy with his blunt-talking, seen as early warning signs of an authoritarian streak.

"He is the right man for the job," he told IOL. "This man always makes good on his promises. "

"Bayrou, unlike Sarkozy, is not unwelcome in any area he visits nationwide," he said.

"Can you imagine a French president who dares not to visit some areas?" he asked, referring to Sarkozy's unpopularity in the suburbs.

The former interior minister has struggled to organize a trip to the tinderbox suburbs during his campaign for fear of unrest, unlike his main rivals who mocked him as "persona non grata" during their own trouble-free visits to the suburbs.

Bayrou, a 55-year-old former education minister, is currently in third place behind Socialist Segolene Royal, but pollsters say both stand a chance of making it to a run-off against Sarkozy.

On Friday, April 13, Bayrou took his campaign to France's multi-ethnic second city of Marseille, playing the diversity card in his battle for a place in next month's second round.

He is known for defending the rights of the sizable Muslim minority, estimated at six million, and has repeatedly vowed to fight the spiraling Islamophobia in the European country.

During his election campaign, the centrist candidate met with many French Muslim scholars and youths in the Parisian suburbs.

He also visited the Seine-Saint-Denis district, where nearly half a million Muslims live, pledging to "normalize" relations between people of different faiths in France once elected president.