Sarkozy to backpedal on Turkey

Rumors are rife in Paris that French President Nicholas Sarkozy intends to block one of the three negotiation chapters expected to be opened with Turkey at the end of the month as part of its EU accession bid, sending shockwaves through Brussels. 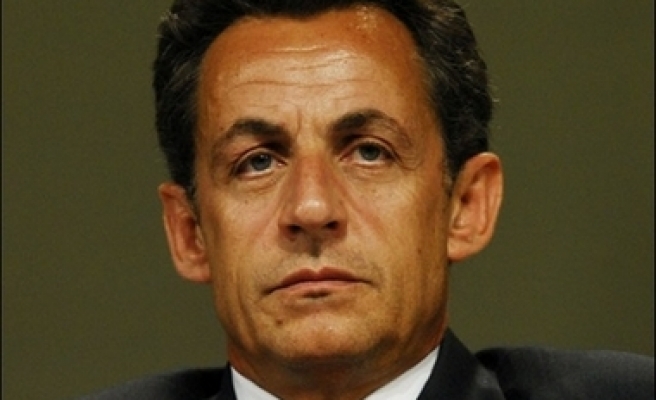 Rumors are rife in Paris that French President Nicholas Sarkozy intends to block one of the three negotiation chapters expected to be opened with Turkey at the end of the month as part of its EU accession bid, sending shockwaves through Brussels.

Signals coming from Paris are being interpreted as the breaking of a promise made to the commission that three more chapters would be opened with Ankara at the end of June. When Sarkozy visited Brussels just after his election in May, the EU -- and particularly the European Commission -- breathed a sigh of relief. They were both apparently given the impression that the new French president would not block the opening of the three new negotiation chapters. Nevertheless French Secretary of State for European Affairs Jean-Pierre Jouyet said yesterday there would be no pursuit of negotiations.

After EU Commission President Jose Manuel Barroso’s meeting with Sarkozy in Brussels, Enlargement Commissioner Olli Rehn said publicly during his visit to Turkey at the beginning of June that three more chapters would be opened.

Though it is not yet clear whether Sarkozy will follow through with his alleged intentions to block negotiations, it is an embarrassing situation for both the commission and Germany, current holder of the six-month rotating EU Council presidency, which publicly declared that “up to three chapters” could be opened.

EU diplomats speaking with Today’s Zaman on condition of anonymity said they thought there was a deal about opening three chapters made after the meeting between Sarkozy and Barroso in Brussels last month. Bringing up the fragile situation in Turkey on the eve of two very pivotal elections, diplomats said: “We did our best not to distort balance during French elections and the same thing should be expected from France. The EU should help Turkey when the country is facing two elections.” Despite the criticism and anger vis-à-vis the French attitude, diplomats said they would not “put their money on three chapters” being opened, as decisions are made with the consent of all 27 member countries, including France.

Both France and Greek Cyprus are using their time to “scrutinize” reports from the commission on the three chapters -- financial control, statistics, and economic and monetary policy. Diplomats tell Today’s Zaman that, while the French are objecting to the opening of talks on the last of these three, the Greek Cypriots are against discussions on financial control.

Most expect that Greek Cypriot objections could be overcome with some minor modifications. However, the situation does not seem quite so hopeful when it comes to a possible change of the French position. EU diplomats will again discuss the opening of three chapters on Friday -- no breakthrough is expected.