Sarkozy announced a 'break' with the policies of his predecessor Jacques Chirac, seeking to strenghten ties with Washington angered by anti-war stance in Iraq and proclaiming himself a "friend of Israel." 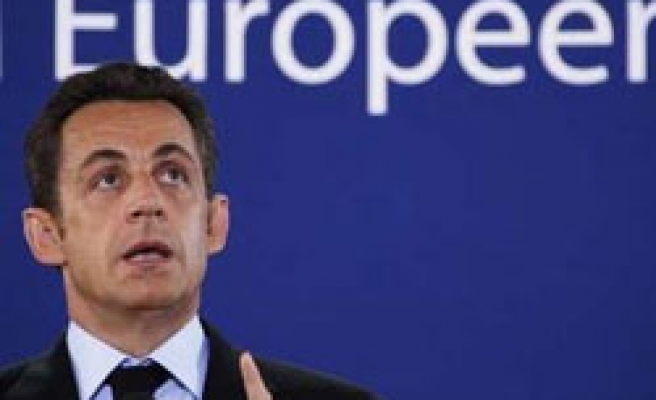 French President Nicolas Sarkozy flies to Israel on Sunday for a three-day visit aimed at reinforcing his image as an ally of the Jewish state and reversing a trend of difficult trips there by French leaders.

After taking office last year, Sarkozy announced a 'break' with the policies of his predecessor Jacques Chirac, seeking to strenghten ties with Washington angered by anti-war stance in Iraq and proclaiming himself a "friend of Israel."

His repeated statements of support for the Jewish state contrast sharply with those of previous presidents from Charles de Gaulle to Francois Mitterrand and Chirac, who were widely viewed as more pro-Arab in their stance.

Sarkozy is due to arrive in Tel Aviv on Sunday afternoon and will address Israel's parliament, the Knesset, on Monday, the first French president to do so since Mitterrand in 1982.

While he will want to improve his statesman's credentials at a time when he suffers from limp support at home, Sarkozy will also have to avoid alienating the many Arab leaders invited to the launch of his Mediterranean Union in Paris next month.

Most states that line the Mediterranean Sea have said their leaders will attend the July 13 summit, but it is unclear if those of Algeria and Libya will, and Algiers says it wants to avoid a "creeping normalisation of relations with Israel."

Any no-shows at the launch of Sarkozy's project to bring together a broad range of peoples would be an embarrassment.

Sources familiar with preparations said Sarkozy's office would have liked Israel to postpone the visit until after the July 13 summit but Israel insisted that it go ahead as planned.

"This is a very sensitive trip which will be watched closely in Israel, by the Palestinians and in the Arab world," a senior French diplomat said of the state visit to Israel.

Sarkozy is expected to repeat that Israel can count on France for its "security" but it must freeze settlement activity and ease travel restrictions in the West Bank and Gaza Strip for a peace deal is to be reached with Abbas's government.

Sarkozy and Israeli Prime Minister Ehud Olmert, who said last week he would be interested in peace talks with Lebanon, would also discuss Israel's indirect talks with Syria and the situation regarding Iran, a diplomat said.

Sarkozy's trip, which will include a brief stop in Bethlehem to meet Palestinian President Mahmoud Abbas, will leave little room for mishaps such as those seen in the past.

When Chirac visited Jerusalem's old town in 1996, he lost patience with the Israeli security agents who were pressing him to move on, telling one of them that his treatment was a "provocation" and threatening to get back on his plane.

Mitterrand's speech to the Knesset, which emphasised the Palestinians' right to a state alongside Israel, received a frosty reception, and Palestinians threw stones ay Prime Minister Lionel Jospin's convoy in 2000 after he said attacks by Lebanese Hezbollah fighters on Israel were "terrorist acts".

Sarkozy will hold just one news conference, with Abbas. He also cancelled a trip with his wife Carla Bruni-Sarkozy and Israeli President Shimon Peres to the Dead Sea.

"All of Israel's paparazzi are already waiting for the president and his wife on the banks of the Dead Sea," an official at Sarkozy's office explained.