Sarkozy to visit Syria before mid-September

French President Sarkozy said Saturday that he will be visiting Syria before mid September, a further indication of improving ties between the two countries. 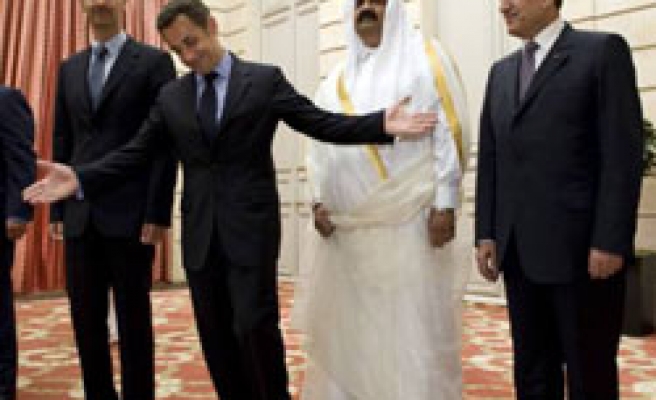 Kuwaiti news agency reported French President Nicolas Sarkozy said Saturday that he will be visiting Syria before mid September, a further indication of improving ties between the two countries.

In a joint press conference, alongside Syrian President Bashar Al-Assad, Lebanese leader Michel Sleiman and the Amir of Qatar Sheikh Hamad bin Khalifa Al-Thani, Sarkozy said "it is important that Syria plays its full role in the region" and that he intended to have a "frank, lucid and loyal dialogue" with Syria.

He affirmed that during his meetings with Al-Assad, they had discussed very important subjects and he welcomed what he said was "a historic announcement" of the "willingness to open diplomatic relations" between Syria and Lebanon.

However, it was noted that some "judical questions" remain to be resolved and this was "delaying the process" for the time being.

"This announcement, this confirmation is absolutely historic for us," the French President said.
Last Mod: 13 Temmuz 2008, 17:44
Add Comment