Many praise the inclusion of three Muslim women in the new government of President Nicolas Sarkozy as unprecedented in French history, while others see it as merely cosmetic. 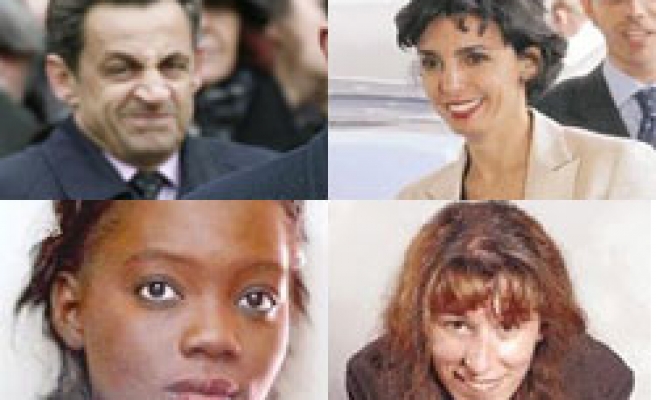 Many praise the inclusion of three Muslim women in the new government of President Nicolas Sarkozy as unprecedented in French history, while others see it as merely cosmetic.

"It certainly shows a great deal of courage and openness on the part of the president," Lhaj Thami Breze, chairman of the Union of Islamic Organizations in France (UOIF), told IOL.

Sarkozy shuffled his newly-appointed government on Tuesday, June 19, after his ruling Union for a Popular Movement (UMP) did not fare as expected in legislative polls.

The new cabinet, seen as the most diverse in modern French history, features three Muslim women.

Rachida Dati, a French-born of North African parents, kept her key post as justice minister while Rama Yade and Fadela Amara joined in.

Senegalese-born Yade, a rising star in the UMP party, was appointed to the new post of junior minister for foreign affairs and human rights.

The daughter of a diplomat came to France 20 years ago and grew up on the outskirts of Paris, the 30-year-old is the youngest member in the government.

Yade, married to a Socialist politician, is vice-president of the Club 21st Century, a lobby group campaigning for ethnic diversity in French public life.

The daughter of Algerian parents will oversee the renovation of dilapidated housing estates where many immigrants live - neighborhoods similar to the one where she grew up with her immigrant family.

"None of the socialist governments that bragged out minority rights di anything like that over the past 50 years."

Amara has long campaigned for past governments to draft legislation forcing Muslim women to take off their hijab in public places.

Nonetheless, the appointments did not go criticism-free.

Muslim leaders are particularly unimpressed by the choice of Amara, seen as largely out of touch with the sizable Muslim minority of seven million.

"I know Dati and Yade very well, but I do have my preservations about Amara who harbors anti-Muslim stances," Dahman said.

"She does not represent Muslims in France."

"She is notorious for outright opposition to religiosity."

Amara is the founder of "Ni Putes, Ni Soumises" - "Neither a Whore nor Submissive" - a group defending secularism and campaigning against what she calls the oppression faced by Muslim women.

She has long campaigned for past governments to draft legislation forcing Muslim women to take off their hijab in public places.

In 2004, France passed a law banning hijab, an obligatory code of dress in Islam, and religious symbols in state-run schools and public institutions.

Vincent Geisser, a political analyst, believes the appointment of Amara is an enough evidence that the induction of Muslim women ministers in the new government is merely cosmetic.

"Amara, known for her tough line on suburbanites, was a well-calculated decision," he told IOL.

Geisser said she contributed to developing the militant approach in dealing with suburbanites, after the 2005 riots in immigrant-heavy suburbs where black and Arab populations complain of marginalization.

He contends that appointing the Muslim trio was an attempt by blunt conservative Sarkozy to ease the anti-immigrant rhetoric that colored his presidential campaign.

"Sarkozy is only playing the multiculturalism card. These appointments are delusive."