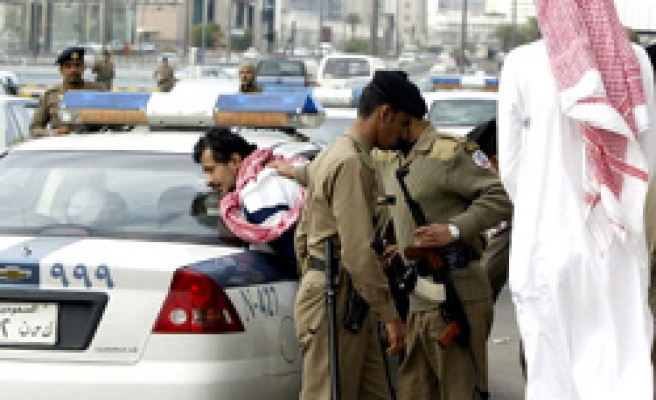 The Interior Ministry had previously warned members of the public not to aid or provide refuge to wanted terrorists and outlined that individuals found to be helping fugitives would be considered partners in the killings.

The statement added that Waleed ibn Mutlaq Al-Radadi, a Saudi national who was killed in a shootout in Madinah during the early hours of April 6, was the mastermind behind the murders. Al-Radadi, 23, featured on a 2005 list of 36 most-wanted terror suspects in the Kingdom. A police officer was killed and two others were also injured in the shootout.

Providing information about the murders on that fatal February day, the Interior Ministry said that Al-Radadi was traveling to the village of Al-Melaileh accompanied by Majid ibn Ma’aidh ibn Rashid Al-Harbi, a wanted terrorist currently on the run, when they spotted the lost French tourists who were looking for the remnants of the Hejaz Railway.

Al-Harbi and Al-Radadi left the scene only to return later with another wanted terrorist Abdullah ibn Sayer Al-Muhammadi. The three men then triggered the killings.

After the shooting, the three Saudis were joined by Nasser ibn Lateef Al-Balawi, who too is on the run.

Following the Madinah shootout in which Al-Radadi was killed, forensic experts found guns at Al-Radadi’s hide-out that were used in the French killings.

In their statement, the Interior Ministry called on wanted suspects to turn themselves in at the closest police station.
Last Mod: 20 Nisan 2007, 15:08
Add Comment