Various cities, including Riyadh, Jeddah, Taif and Abha, have been suffering water shortages and people have been made to wait for several hours for a truck of water in front of water distribution centers. 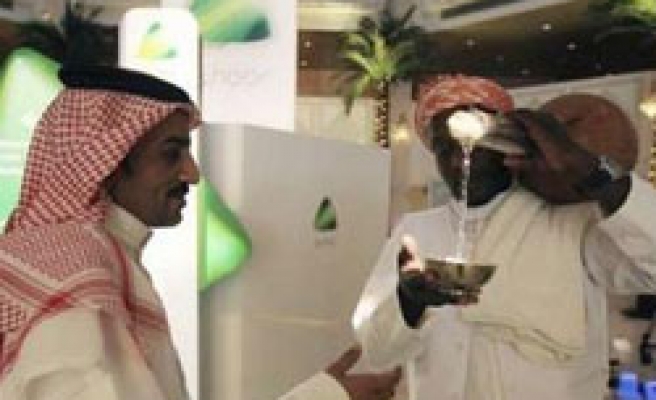 Outraged by the aggravating water crisis in Saudi Arabia, several Shoura Council members demanded that the concerned minister and the top official of the water desalination corporation should be called to the council, Arab news reported.

Water and Electricity Minister Abdullah Al-Hussayen and Governor of the Saline Water Conversion Corporation (SWCC) Feheid Al-Shareef had appeared before the council in similar circumstances months ago. After that the water crisis eased but the situation deteriorated and even worsened with the coming of the summer season.

Various cities, including Riyadh, Jeddah, Taif and Abha, have been suffering water shortages and people have been made to wait for several hours for a truck of water in front of water distribution centers. Some had to get water from the black market after paying as much as SR400 for a tanker, which normally costs SR114. Sometimes, the price goes up as high as SR800.

There have been reports of people waiting more than 10 hours at the center to obtain a delivery truck.

In Jeddah, Saudis are reportedly being given preference at the main distribution center. Marginalized neighborhoods in the port city can go up to 45 days without water in the main lines, while other neighborhoods receive water in the lines once or twice a week. Water lines feed into buildings' cisterns. When those cisterns dry up, building residents must obtain water by delivery trucks until the next time the lines fill the reservoirs.

"Immediate solutions to the water shortage should be found and implemented without being complacent with time-consuming plans and projects," the council advised the ministry in a statement. "The minister had made a promise on the floor of the council to bring about radical solutions to the water crisis last summer. But the problem has raised its ugly head again and the ministry has not made any effective move to contain it. On the other hand, the problem has spread to more cities."

Shoura members stressed that it was quite logical to call the minister and the SWCC chief again to the council for an explanation as the water crisis remained unresolved despite their promises a few months ago.

Expressing his disappointment at the dismal performance of the ministry, a member went to the extent of demanding to take away the task of solving the water crisis from the ministry and entrusting it to an emergency committee.

"The Shoura Council has received complaints from citizens in various cities about the disappointing manner in which water officials have been handling the crisis," he said.

The committee also recommended that the ministry should take necessary steps to complete the water and sewage water projects on schedule and avoid delays by removing obstacles faced by contractors.

Several steps have been taken to alleviate the water crisis in the Kingdom. The latest is the introduction of two floating water desalination plants near Jeddah.

Saudi Arabia is the world's largest producer of desalinated water and accounts for 29.2 percent of the total world desalination capacity, according to a recent statement by Al-Hussayen.