New York's Manhattan Film Academy began a four-day workshop in the Red Sea city of Jeddah where 16 budding film-makers are learning the skills that will allow them to give direction to their enthusiasm and ideas. 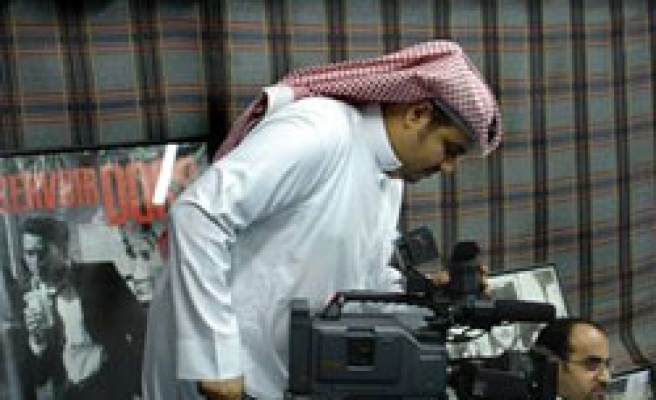 Saudis are honing their skills to create a home-grown cinema industry despite a ban on cinema houses by powerful clerics.

New York's Manhattan Film Academy began a four-day workshop in the Red Sea city of Jeddah where 16 budding film-makers are learning the skills that will allow them to give direction to their enthusiasm and ideas, its president said.

"They have little knowledge of how to make films and it's expensive to go outside for long film programmes," he said.

Saudi clerics, who administer the application of interpretation of Islamic sharia law, argue that cinema houses are un-Islamic because unrelated men and women can mix there and because they give a further platform for the spread of Western and liberal culture that they consider profane.

Yet some reformers in government are trying to promote Saudi films. The Ministry of Information and Culture sponsored a festival in Dammam this year and Jeddah's Chambers of Commerce is hosting the festival in Jeddah this week.

"They speak the same cinematic language as I do. In the workshops, I really didn't feel I was outside New York -- it was the same attitude and passions. There is a lot of talent," Robert Tutak said on the sidelines of the Jeddah film festival.

"The material is there but they do need the skills, and there is no support structure here."

Saudi cinema enters a minefield where Arab critics often accuse directors of going beyond acquiring Western film technique to adopting storylines and approaches that appeal more to Western images of the Arab world.

Jeddah's opening film, Sabah al-Lail (Morning of the Night), highlighted some of the challenges. A comic, magical tale where a Saudi finds himself transported into the tribal wars of pre-Islamic Arabia, it was firmly rooted in Saudi culture and was a hit with the audience despite numerous technical problems.

"The subject matter was excellent. It had political relevance and looked at war in the past and present," said organiser Mamdouh Salem. "Its production style was more akin to television than cinema, but if it was released commercially it would get a big audience."

Salem said Saudi directors had so far followed the style of Gulf Arab television drama, but his ideal model for what they could achieve is Iranian cinema.

"Iranian films are conservative but they have achieved international success," he said.

Tutak said Saudis and Gulf Arabs have material that could easily appeal to the international film festival circuit.

"There are a lot of interesting stories they can tell ... They have an advantage since every festival is looking for something new and different. There is interest in local voices."