Foreign Minister Prince Saud Al-Faisal said yesterday that the Kingdom and Syria were in direct contact with each other and denied that relations had come to a halt. 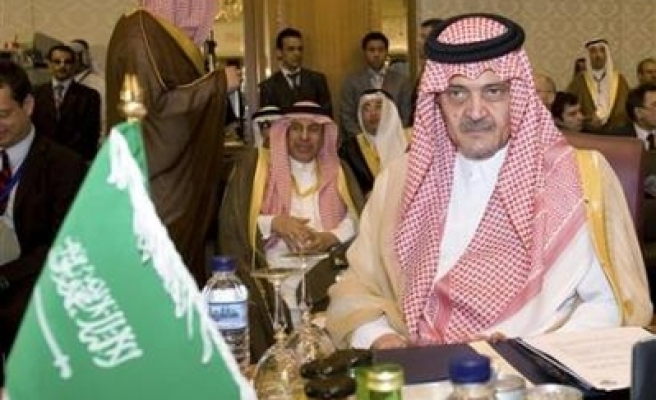 "Relations have not been cut. They are still ongoing and communication between us continues," Prince Saud told reporters yesterday, while addressing a joint press conference with visiting Norwegian Foreign Minister Jonas Gahr Store, who arrived in the Kingdom on Sunday at the head of an official delegation.

Arab news reported Prince Saud expressed surprise at Iranian suggestions that it was ready to mediate between the Kingdom and Syria. "I do not think there is any need for a mediator between Saudi Arabia and Syria. We are surprised by offers of outside mediation between us," he said.

Speaking about the Norwegian foreign minister's visit to the Kingdom, Prince Saud said he and Store discussed ways of boosting bilateral ties, and the signing of a free trade agreement between the European Union and the Gulf Cooperation Council.

"We are hopeful of a final signing of the trade agreement. This (the agreement) would boost economic relations, and increase mutual trade and investment," he said.

On his part, Foreign Minister Store said his visit was aimed at boosting bilateral relations with the Kingdom. "We are in a stage of cooperation in (oil) carbon injection... There is new advanced technology which can be used in this aspect," Store said.

Carbon injection for improved recovery has been applied since the early 1970s in many oil fields, mainly in the US and Canada. Output from large natural carbon sources is piped to relevant oil fields for injection. Some industrial sources in the region also contribute to carbon deliveries.

Prince Saud said that other topics relating to oil, such as the protection of the environment of which Saudi Arabia pledged $300 million for research purposes in the last OPEC meeting in Riyadh, were also discussed.

On regional issues, the two ministers discussed the situation in Iraq, Palestine, Lebanon and Darfur, as well as the Iranian nuclear issue.

Prince Saud said Saudi Arabia was hopeful Norway would play a role to support the establishment of an independent Palestinian state. He also lauded the efforts played by Norway to ease the suffering of the Palestinian people via communication channels.

"We appreciate Norwegian humanitarian efforts to ease the suffering of the Palestinian people. We look forward to more of these efforts," Prince Saud said, adding that the international community should demand that Israel lift its siege on Gaza to allow humanitarian aid to enter.