Saudi King: Israel talks about peace, but do violence

Saudi King Abdullah talked to Italy's La Repubblica newspaper in an interview published on Wednesday, about Israel's treatment of Palestinians and its expansion of settlements on the occupied West Bank. 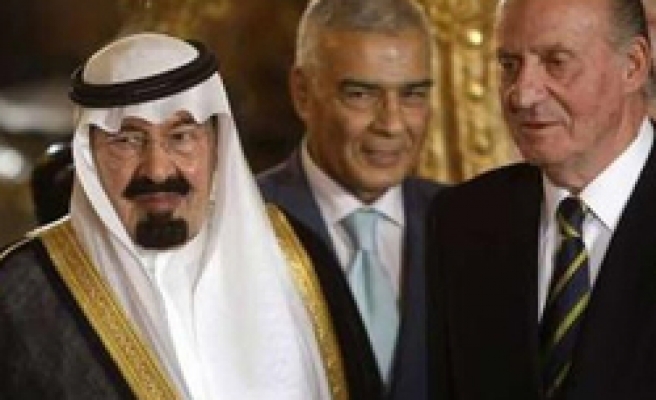 Saudi King Abdullah talked to Italy's La Repubblica newspaper in an interview published on Wednesday, about Israel's treatment of Palestinians and its expansion of settlements on the occupied West Bank.

"Israel continues to take possession of Palestinian lands, to build new settlements and to expand existing ones. It imposes all kinds of unjust restrictions on Palestinians, including a siege, ignoring international rules and moral principles," Abdullah said.

Arab leaders have endorsed a Saudi peace initiative which offered Israel normal ties in return for land occupied by Israel in the 1967 Middle East War and the creation of a Palestinian state.

"The more Arabs and the world make steps towards peace, the more Israel throws itself into violence and acts of aggression against the Palestinians," Abdullah told the newspaper.

"The Israelis always say (peace is near). But what counts is facts on the ground. Their words are never followed up with concrete actions," he said.

Iraq needs to free itself from "foreign meddling" in order to gain stability, he also said.

"Iraq really needs to free itself from any outside interference, from "wherever it comes." Only in this way can it achieve security, stability and prosperity and manage to keep united, keep its sovereignty and its territorial integrity," he said in the interview.

Abdullah said the ideal solution in Iraq, whose population includes Sunni and Shi'ite Muslim Arabs, Kurds and other minorities, would be "one country for all Iraqis, forgetting about ethnicity, or political and religious affiliations."