Saudi-Palestinian summit planned for Jordan's capital Amman on Thursday was postponed until mid-July in Riyadh, a Palestinian official said. 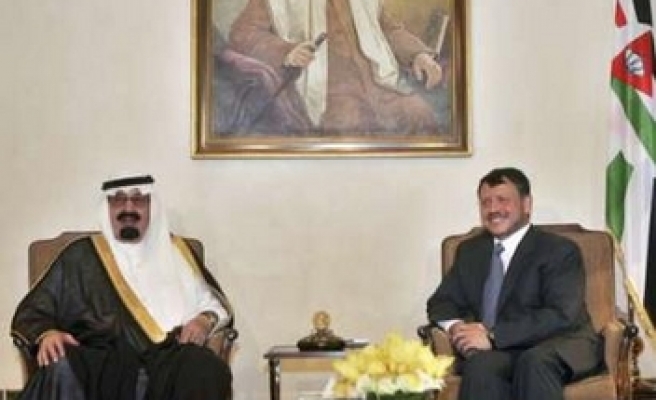 Saudi-Palestinian summit planned for Jordan's capital Amman on Thursday was postponed until mid-July in Riyadh, a Palestinian official said.

The Saudis postponed the meeting for two weeks so as to have ample time for talks in Riyadh, Palestine Liberation Organization (PLO) Executive Committee Secretary General Yasser Abed Rabboh said.

In the meantime, Saudi King Abdullah Ben Abdul Aziz held a second round of talks with Jordan's King Abdullah II before winding up a two-day visit to Amman later Thursday.

The rift between the Palestinian factions of Hamas and Fatah deepened to unprecedented dimensions two weeks ago with Hamas' takeover of the Gaza Strip.

Palestinian President Mahmoud Abbas of Fatah, who arrived in Amman Wednesday hoping to meet the Saudi king, was to leave later Thursday for Geneva, where he was to attend a gathering of the Socialist International.

On Friday, he was scheduled to travel to Paris for talks with France's new President Nicolas Sarkozy.

Arab diplomats in Amman say that Abbas is seeking Saudi support and a conditional revival of mediation with Hamas. Jordan and the Palestinian Authority insist that Gaza must be restored to its previous situation before any dialogue with Hamas, the sources added.

However, Saudi Arabia seems ready to resume dialogue without conditions, according to leaks from the Saudi entourage.