Saudi-sponsored interfaith meet to be held in Spain

Saudi Arabia and Spain have agreed to hold an interfaith dialogue of Muslims, Christians and Jews in Madrid. 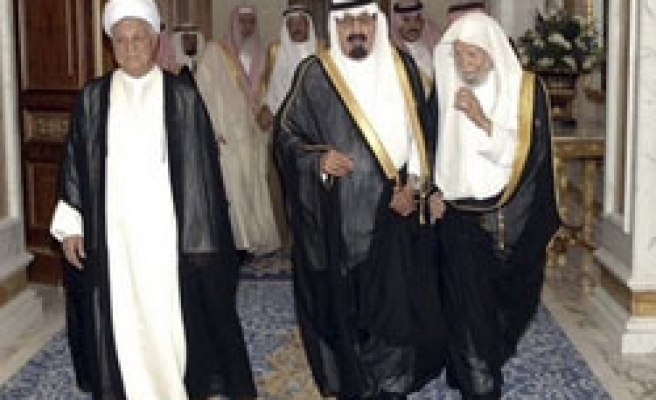 Saudi Arabia and Spain have agreed to hold an interfaith dialogue of Muslims, Christians and Jews in Madrid in July, Saudi media reported on Saturday.

The dialogue, called for by King Abdullah after he won the backing of Sunni and Shi'ite clerics at a meeting in Mecca this month, will be held on July 16-18 by the Saudi-based World Muslim League, the Saudi Press Agency said.

Officials at Spain's foreign ministry were not immediately available for comment.

"Prominent figures among followers of the divine messages will take part in dialogue concerning life in human societies, international cooperation, human rights, and issues of security, peace and living together in the world," said a statement carried by the agency.

"Divine messages" usually refers to the three monotheistic religions and it was not clear if representatives from other religious traditions, faiths and philosophies would attend.

The king's call for dialogue, which followed a meeting with Pope Benedict at the Vatican last year, has sparked interest from Jewish and Christian groups around the world.

It was not clear why Spain, which Saudi Crown Prince Sultan visited earlier this month, would host the gathering.

Although Saudi Arabia, home to Islam's holiest sites, sees itself as the leader of Sunni Islam, bringing Christian and Jewish figures to a conference in Saudi Arabia would have posed problems, observers said.

Riyadh has been making efforts to build better ties with Washington after the Sept. 11, 2001 attacks on the United States.

Saudi Shi'ite dissidents have complained that few Shi'ites were invited to this month's meeting in the holy city of Mecca.