The interfaith idea has sparked interest from Jewish and Christian groups around the world, coming after the Saudi king held talks with Pope Benedict at the Vatican last year. 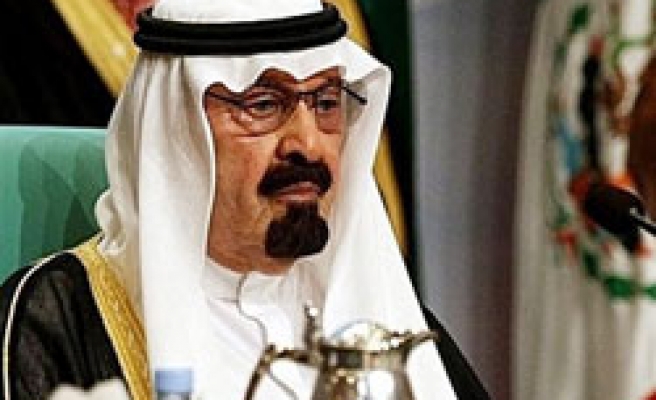 An interfaith conference in Spain this week will give Saudi Arabia a chance to declare its "openness" and willingness to cooperate with the international community, a Saudi organiser said on Tuesday.

King Abdullah will open the three-day meeting on Wednesday after winning the backing of Sunni and Shi'ite clerics to go ahead with the ground-breaking idea in Mecca last month.

The interfaith idea has sparked interest from Jewish and Christian groups around the world, coming after the Saudi king held talks with Pope Benedict at the Vatican last year.

It marks a new direction for Saudi Arabia, whose "Wahhabi" Islam has come in for criticism internationally after the Sept. 11 attacks of 2001 in the United States, Riyadh's main ally and guarantor of security since the 1940s.

"Saudi Arabia, on whose ground the global message of Islam was launched, affirms to the whole world its openness and cooperation with the world community," said Abdullah al-Turki, head of the World Islamic League which is organising the event.

The Madrid meeting is expected to include not only Shi'ites, Christians and Jews but figures from outside the major monotheistic religions such as Buddhists, who are looked upon by most Saudi clerics as heathens.

Saudi clerics have traditionally viewed other Muslims, particularly Shi'ites, as infidels and shunned contact with non-Muslims and many foreign social and cultural influences.

But the Saudi government is trying to shed its international image of harbouring a xenophobic religious establishment and to moderate clerical conservatism that even objects to women driving cars in Saudi Arabia.

The official Saudi Press Agency reported Turki as saying the conference will avoid theological issues and focus instead on "human issues" and challenges faced the world over.

"Islam requires Muslims to inform people about Islam as the final divine message that came after the previous prophets and they must also challenge the link between Islam and violence and extremism," SPA cited him as saying.

He said the conference would look at conflicts between peoples, environmental issues, the breakdown of the traditional family and militant violence around the world.