Saudi Arabia and some other Gulf states will stay away from an Arab summit in Damascus later this month unless Lebanon is invited, whether it has a new president or not, a Gulf official said Monday. 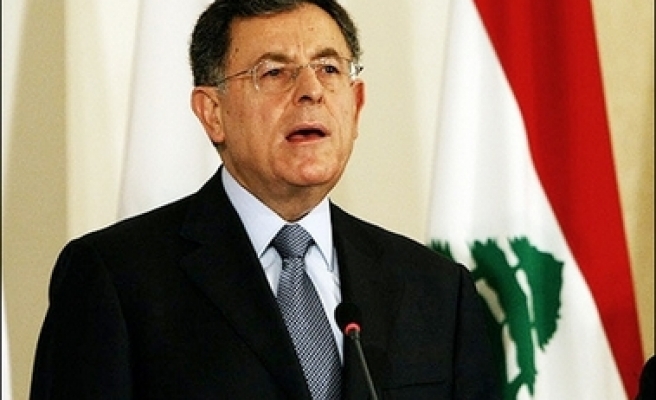 "Saudi Arabia and some other Gulf states are waiting for Syria to invite Lebanon to the summit in order to decide their attendance. If Lebanon is not invited, (these) Gulf states will not show up," the official said, requesting anonymity.

Lebanon has been without a president since November.

The annual Arab summit Damascus is due to host from March 29 to 30.

Saudi Arabia along with its Western allies backs the cabinet of Prime Minister Fuad Siniora which has been unable to push through any of its legislative programme since november 2006 when six pro-Syrian ministers quit.

The government accuses Damascus of blocking efforts to elect a new president in Lebanon, which was under Syrian military domination for 29 years until Damascus withdrew its troops in April 2005.

A Saudi official said that Riyadh will "in principle" attend the Damascus summit, although it is awaiting the outcome of an Arab foreign ministers meeting in Cairo on Wednesday that is supposed to make the necessary preparations.

The official did not specify whether King Abdullah or a less senior official would lead the Saudi delegation to the summit, to which neither Saudi Arabia nor Lebanon have yet been invited.

But the Gulf official, who attended a meeting of foreign ministers from the six Gulf states in Riyadh on Saturday, said some Gulf governments believe that Lebanon must attend the summit.

"Either a president is elected on March 11 (when parliament is to convene in a new bid to elect a head of state after 15 abortive attempts) and he is invited, or the invitation is addressed to the legitimate government of Prime Minister Fuad Siniora," the official said.

The Lebanese constitution stipulates that in the absence of a president, the prime minister assumes his powers, but the opposition insists that Siniora's cabinet lost all legitimacy when its ministers quit 15 months ago.

"The information exchanged by the Gulf ministers at their meeting indicated it will be difficult to elect a president in Lebanon because Syria does not want this to happen before it reaches an understanding with regional and world powers on two issues," the Gulf official said.

He identified the issues as a planned international tribunal to try suspects in the 2005 murder of five-times Lebanese prime minister Rafiq Hariri, in which Syrian officials have been identified as suspects.

Gulf officials have concluded that Syria "is less concerned about who does or does not attend the summit than about keeping the Lebanese card" for use in its standoff with regional and world powers, the official said.

Saudi Arabia believes "Syria is blocking Arab solutions in Lebanon and elsewhere and has gone too far in its relations with Iran at the expense of relations with Arab states," a Gulf diplomat said.

Hence, "it is in Syria's interest to perpetuate the political and constitutional vacuum in Lebanon, because it cannot, under the present circumstances, guarantee that a loyal regime will be installed in Beirut."