A recent news story in some newspapers and TV stations, focusing on a pious group of schoolchildren, has stirred significant controversy, angering and offending pious individuals and segments of society who are sensitive about religious beliefs. 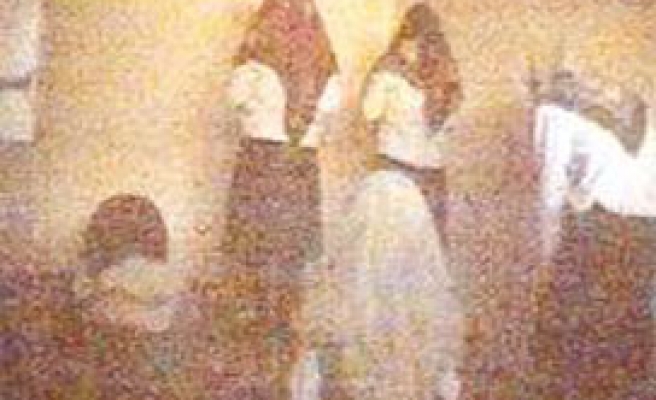 A recent news story in some newspapers and TV stations, focusing on a pious group of schoolchildren, has stirred significant controversy, angering and offending pious individuals and segments of society who are sensitive about religious beliefs.

At least nine newspapers and five TV stations reported two days ago that students of the Bağcılar High School were being encouraged to pray in the school's changing rooms during school hours. However, the media portrayed the children as criminals, with most of the pictures and footage used to accompany the story taken by a hidden camera planted in the changing room. The mainstream media's treatment of the news story raised reactions from ordinary citizens and also from the parents of the students at the school.Since many felt the students who prayed were being depicted as if they were “guilty” of some “crime.”
The press organs who so criticized the praying students had, in the not-so-distant past, employed a similar manner in the coverage of activities organized for the week marking the birth of the Prophet Mohammed.

Following the latest incident strong reaction was expressed toward the coverage relayed by a number of newspapers and TV stations, which ran the hidden camera footage as if the kids were having a “drug party” or doing something hideous or illicit. Believers were seriously offended, as they took the exposure of the praying children as disrespect to religion. The media reflecting the praying of pious children as a scandal was also reminiscent of the Feb. 28 process, when, in 1997, some press organs manufactured news stories alarming the country of an illusionary “danger posed by religion.” The process ended in a military communiqué that overthrew the government at the time, often dubbed a “postmodern coup.”

Abdullah Yıldız, a spokesperson from the Platform of Namaz (Prayer) Volunteers, said the way the TV stations covered the Bağcılar High School story was most disrespectful to religion. “Namaz is one of the five pillars of Islam, and all Muslims pray five times daily. It is very painful to depict namaz as if it is some sort of a crime.”

“Would it be OK if those students did drugs in that changing room?” asked Ahmet Yıldız, head of the Turkish Religious Affairs Directorate Employees' Union, condemning the treatment of the mainstream press toward the praying students as a “huge mistake.”

Professor Abdülaziz Bayındır, an instructor at the department of theology of İstanbul University, said portraying those praying as criminals would be a violation of the Constitution's Article 24. “Instead of persecuting praying kids, prayer rooms in schools should be made available for those who might need them,” he offered.

The parents of the children who were the subject matter of the “prayer scandal” news story were profoundly angered. Ali Hacısalihoğlu, head of the Bağcılar High School Parents' Board said angrily, “It is not right to enter a girls' changing room and film something with a hidden camera there.”

Students from the high school also said they were very sorry about the recent news stories regarding their school.

Psychologist Gülden Esat warned that such public exposure of children could cause psychological trauma in the children, adding that the kids might have difficulty developing self-confidence.

Ata Özer, head of the İstanbul Provincial Education Directorate, said there was nothing wrong with allowing children who wanted to pray to practice their religion in the changing room of the school. Stressing that there was religious freedom in Turkey, he said allowing those who wanted to pray would not be considered professional malpractice. However Özer said that an investigation was still under way regarding the media stories.

In the US there is guidance on a constitutional regulation over prayers in public and elementary schools. According to the regulation students may pray when not engaged in school activities or instruction. While school authorities may impose rules of order and pedagogical restrictions on student activities, they may not discriminate against student prayer or religious speech in applying such rules and restrictions.