Schools have been told they should allow Muslim girls taking swimming lessons to cover themselves from head to toe in special outfits dubbed burkinis. 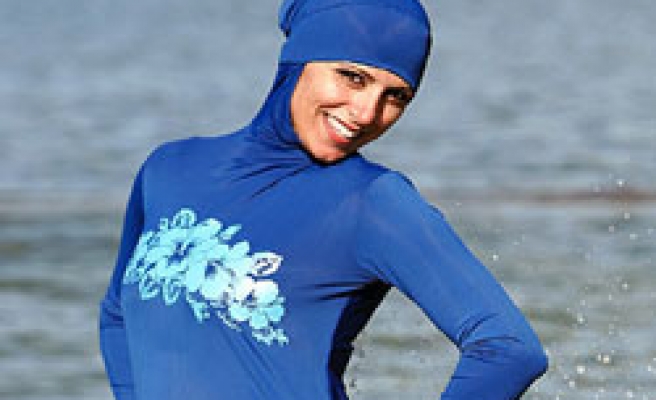 Schools have been told they should allow Muslim girls taking swimming lessons to cover themselves from head to toe in special outfits dubbed burkinis.

An increasing number of pupils are saying that conventional swimming costumes are "immodest" and, citing religious grounds, have been refusing to wear them.

Teachers have even been given details of an online swimwear company that will deliver the two-piece outfits.

The burkini is recommended in a document from Ealing council's Standing Advisory Council on Religious Education, which says it wants to encourage "success through diversity".

One of the authors of the report, Nora Leonard, said: "The guidance suggests that the pools allow these burkinis and I have spoken to the firm which runs our pools and they are all in favour of it."

About a quarter of pupils in the area are Muslim.

"Schools are being encouraged to allow burkinis." Ms Leonard said.

The burkini was designed by an Australian after a group of lifeguards began a drive to recruit more Islamic lifeguards, particularly women.

Ealing has also put forward a string of other proposals to help schools meet the needs of Muslim pupils, including setting aside designated quiet areas for prayer and honouring a parent's written request to take their child to the mosque for part of the afternoon.

Schools are also told that it is good practice to reassure parents that their children would not be asked to join in with songs that contradict Islamic belief (eg Christmas carols or hymns) or perform music.

The report adds: "As a general rule, forms of dance such as ballet, jazz, tango and disco are unacceptable if performed in a mixed environment."

There have been demands from the Muslim Council of Britain for Islamic schoolchildren to be given separate changing rooms for sports and swimming, single-sex classes for sex education, prayer rooms, new rights to Islamic worship and different uniform rules.

The National Association of Head Teachers has dismissed the demands as "completely undo-able".