Although most of the earth is covered in water, 44 percent of the world's population live in areas with high water stress; the number may increase because of factors such as global warming. 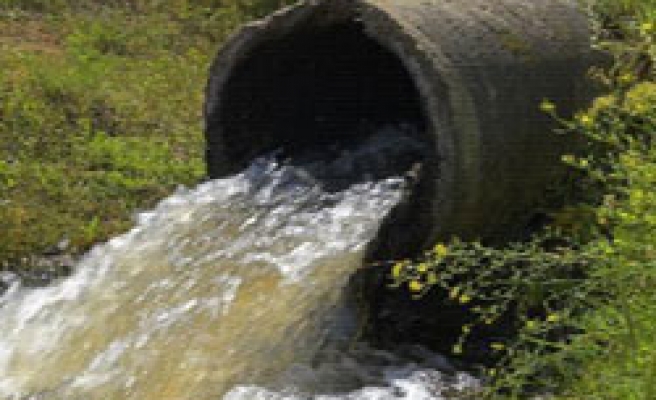 Scientists have discovered a new way to test for water pollution by "listening" to what the plants growing in water have to say. By shining a laser beam on the tiny pieces of algae floating in the water, the researchers said they hear sound waves that tell them the type and amount of contamination in the water.

"It is a red light, telling us that something is beginning to go wrong with the quality of water," said Zvy Dubinsky, an aquatic biologist at Israel's Bar Ilan University. "Algae is the first thing to be affected by a change in water quality."

Although most of the earth is covered in water, 44 percent of the world's population live in areas with high water stress, and the number is likely to increase because of factors such as global warming and rising population.

As water sources deteriorate worldwide, the testing of algae could be used to monitor water quality faster, more cheaply and more accurately than techniques now in use, Dubinsky said.

The secret, he said, is to measure the rate of photosynthesis in the algae, meaning the plant's ability to transform light into energy. During photosynthesis, plants also release oxygen into the air.

Dubinsky's technique is easy to perform because of the over-abundance of algae in the planet's water. Most of the oxygen in the atmosphere comes from algae.

A prototytpe tester, that occupies about one square metre of a laboratory desktop, shoots a laser beam at water samples to stimulate photosyntesis in the algae. But not all of the laser's heat is used.

Depending on the condition of the algae and the rate of photosynthesis, some of the heat is shot back into the water, creating sound waves, Dubinsky said.

With a special underwater microphone, researchers are able to analyse the strength of the sound waves and determine the health of the algae and the condition of the surrounding water.

"Algae suffering from lead poisoning, like waste discharged from battery and paint manufacturing plants, will produce a different sound than those suffering from lack of iron or exposure to other toxins," said researcher Yulia Pinchasov.

With proper funding, Dubinsky said a commercial product could be ready in about two years.

The team has published its research in numerous scientific journals, most recently in the journal Hydrobiologia.