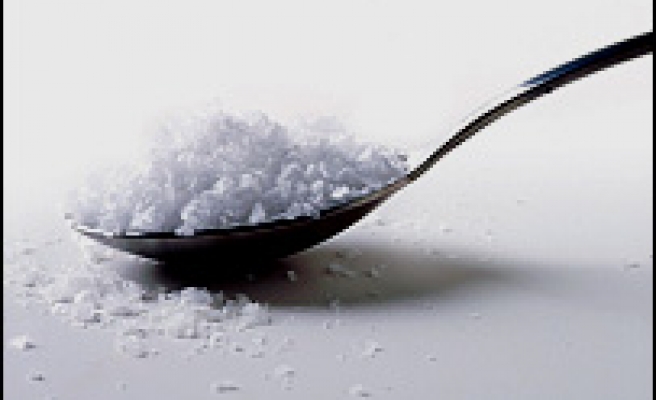 The findings, from a 15-year study, offer the clearest evidence yet that cutting salt consumption saves lives by reducing the risks of cardiovascular disease. People who ate less salty food were found to have a 25 per cent lower risk of cardiac arrest or stroke, and a 20 per cent lower risk of premature death. The results, published in the British Medical Journal, underline the need for population-wide salt reductions in the diet, the scientists conclude.

Despite campaigns to reduce salt intake, such as that run by the Food Standards Agency (FSA), actual evidence of any benefit has been limited. This has enabled the salt industry to contest vigorously the value of such campaigns.

Both sides accept that cutting salt consumption reduces blood pressure, although not very dramatically. This ought to translate over the longer term into reductions in strokes and heart attacks, but no studies have been able to show this convincingly until now
The new findings are the result of work by a US team led by Nancy Cook, of Harvard Medical School, which has followed up two trials originally conducted in the late 1980s and early 1990s. Both were designed to persuade people to cut their salt intake and to measure how far their blood pressure fell.

The interventions had reduced sodium intake by about 25-35 per cent — roughly the same as is planned by the FSA, which is seeking to reduce daily intake in Britain from an average of 9.5g to 6g ( /3 oz to /5 oz) a day.

Ellen Mason, cardiac nurse at the British Heart Foundation, said: “Salt intake amongst many adults and children in Britain is way too high. Many people could lower the level of salt in their diet by reducing the amount of processed food they eat. Also, by simply checking the labels and switching to a lower salt option, you'll be doing your heart a favour.”

But the Salt Manufacturers’ Association questioned the quality and conclusions of the study. “The research only relates to subjects who already have high blood pressure. Most people have acknowledged for some time that such individuals may be advised to restrict their salt intake with their GP’s advice.

“What the evidence does not prove is that salt reduction will have any significant health benefits for the majority of us.”

The original studies — called the trials of hypertension prevention (TOHP 1 and 2) — used counselling and advice to persuade participants to reduce intake. In the first trial, 327 healthy men and women aged 30-54 who took part in the intervention were compared with 417 controls who did not.

Measurements of sodium in urine showed that a reduction of roughly one third in salt intake had been achieved in the 327 who took part— but blood pressure was found to fall only slightly.

The authors of the original study had no idea if this reduction would be sustained, but estimated that if it were it might reduce stroke deaths by 6 per cent, heart disease deaths by 4 per cent, and deaths from all causes by 3 per cent. However, the follow-up has shown much more marked health benefits.

The actual numbers of heart attacks and strokes are small — 76 heart attacks, 19 strokes and 23 heart deaths without previous warning — in both TOPH 1 and 2. So it remains possible that chance, or incomplete follow-up, have distorted the findings.

Graham MacGregor, a professor at St George’s University of London, said the size of the benefit was not surprising. “When there was a campaign in Finland to cut salt there was a very large reduction in stroke and heart attacks.”

Exactly how salt increases blood pressure is still in dispute. The simplest explanation is that when salt intake is too high, the kidneys cannot pass it all into the urine and some ends up in the bloodstream. This then draws more water into the blood, increasing volume and pressure.

. . . but some foods come close to these levels