A group of British climate scientists is demanding changes to a skeptical documentary about global warming, saying there are grave errors in the program billed as a response to Al Gore's "An Inconvenient Truth." 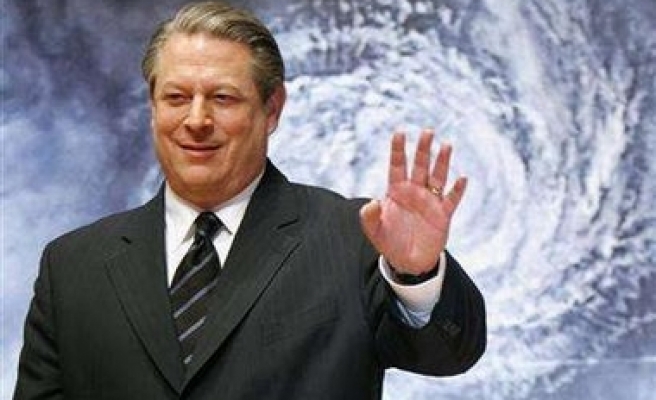 A group of British climate scientists is demanding changes to a skeptical documentary about global warming, saying there are grave errors in the program billed as a response to Al Gore's "An Inconvenient Truth."

"The Great Global Warming Swindle" aired on British television in March and is coming out soon on DVD. It argues that man-made emissions have a marginal impact on the world's climate and warming can better be explained by changing patterns of solar activity.

An open letter sent last week by 38 scientists called on producer Wag TV to remove what it called "major misrepresentations" from the film before the DVD release -- a demand its director said was tantamount to censorship.

Bob Ward, the former spokesman for the Royal Society, Britain's academy of science, and one of the letter's signatories, said director Mark Durkin made a "long catalog of fundamental and profound mistakes" -- including the claim that volcanoes produce more carbon dioxide than humans, and that the Earth's atmosphere was warmer during the Middle Ages than it is today.

"Free speech does not extend to misleading the public by making factually inaccurate statements," he said.

"This is a contemptible, weasel-worded attempt to gag scientific criticism, and it won't work," he said. "I don't believe they're interested in quality control when it comes to the reporting of science -- so long as it's on their side."

Durkin acknowledged two of the errors highlighted by the scientists -- including the claim about volcanic emissions -- but he described those changes as minor and said they would be corrected in the expanded DVD release. Last Mod: 29 Nisan 2007, 18:08
Add Comment